I would like to introduce my maternal grandmother, Mary Myrtle Behrle Rueff.

Myrtle was born on 2 May 1913 to Dr. Raymond A Behrle and Pauline "Lena" Orth Behrle in Louisville, Kentucky. Her paternal grandparents, John and Mary Jane Hermann Behrle were first generation German-Americans. Her maternal grandfather, Conrad Orth was also a first generation German-American and her maternal grandmother, Katherine "Kate" Wilkie Orth was born in Germany and arrived in America in the late 1870's. Myrtle married my grandfather, George Kenneth Rueff on 26 September 1936 in Louisville. My grandfather was also of German descent. This first set of pictures are of my grandmother on the left age 6 and on the right as a young woman about 1935-1936. 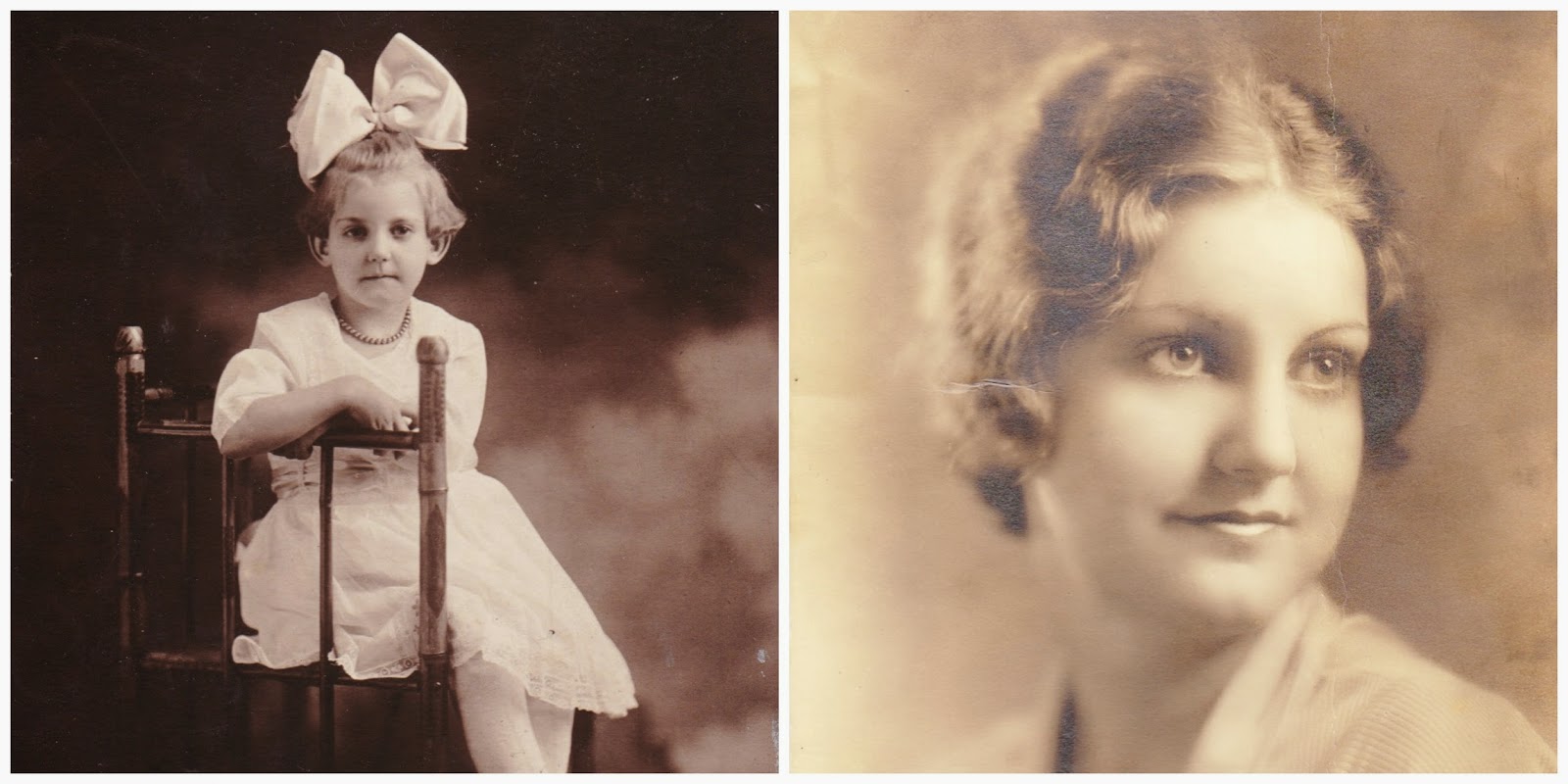 When I see my grandmother in this second set of pictures several words come to mind such as beautiful, sexy and free. She looks almost wanton in the picture on the left as she gives that kiss to my grandfather! In the picture on the right she looks stunning as she rides on a boat with her hair down and blowing in the wind. The grandmother I knew and the memories I have of her are different from the woman I see in these pictures. Oh how I wish I could have known this Myrtle! 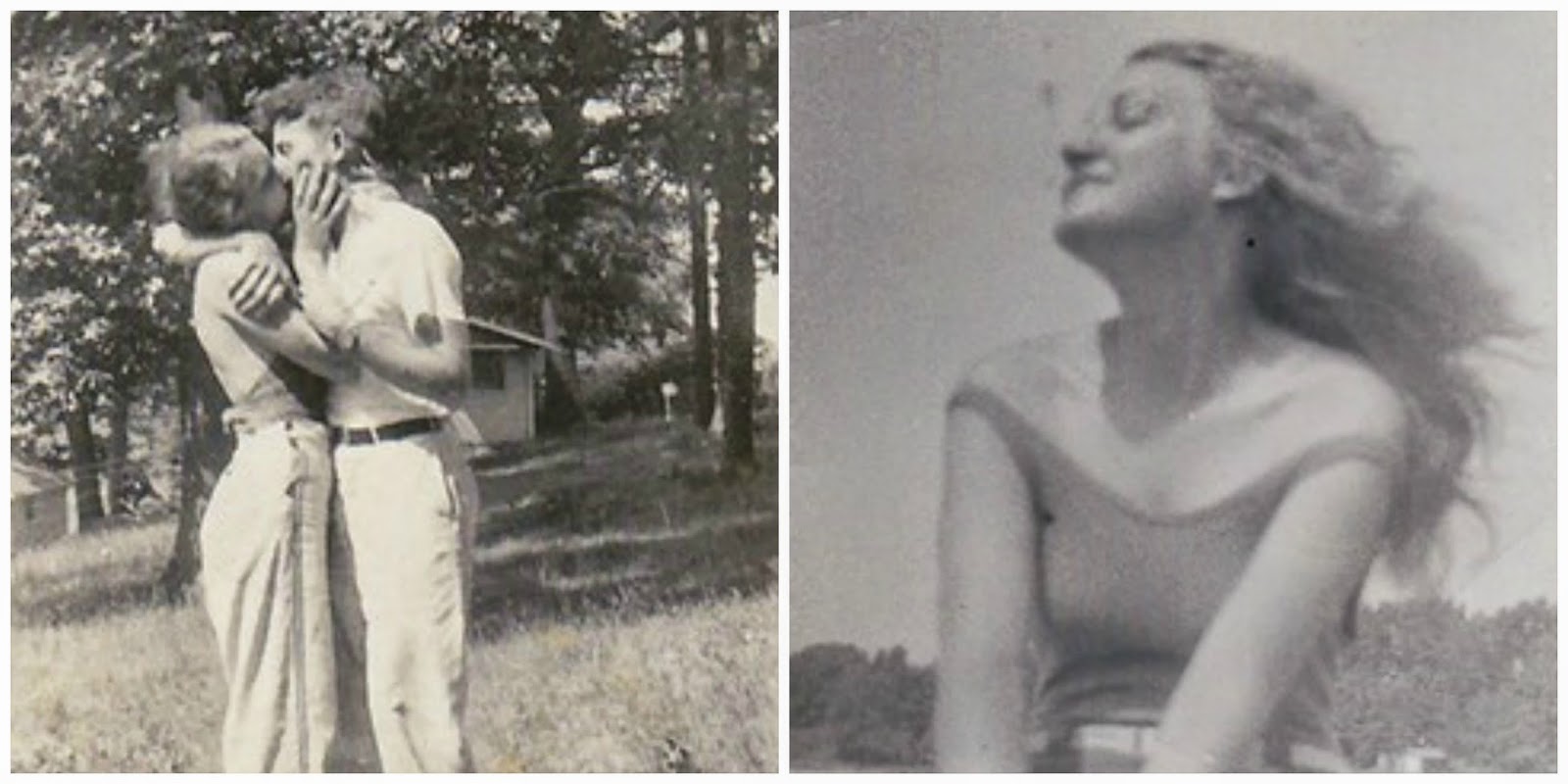 The Myrtle I knew was loving, funny and over protective of her grandchildren. She took us to Wishes Drug Store on Whipps Mill Road for a treat or two, she would take us mushroom picking at a local farm and made coca-cola floats for us. When it came time to play outside we never allowed to go past the Seng's yard on one side and the Cox's yard on the other. In this last picture is the Myrtle I knew, the one who never wore anything but "pedal pushers" (aka crop pants) and tops and tennis shoes. The way I will always remember her.

In the summer of 1976, my Mom was going home to Louisville for a high school reunion and I went with her. My cousin Becky was there too and my Uncle Kenny & Aunt Barbara and their family too. I would go with aunt and uncle to Memphis, Tennessee to visit with them as well. Little did I know that this would be my last visit with my grandmother.

Late in the summer and early fall of 1977, Myrtle would be diagnosed with cirrhosis of the liver. She died on her 41st wedding anniversary.

Email ThisBlogThis!Share to TwitterShare to FacebookShare to Pinterest
Labels: 2014, June 2014, The Behrle's, The Rueff's