This week marks the 240th anniversary of the beginning of the American Revolution. While visiting Savannah, Georgia this weekend I came across a memorial monument in Franklin Square, at the intersection of Montgomery and St. Julian Streets, that captured my attention. Why did it capture my attention? Because I had never heard their story and how they fought in the American Revolution. After reading the panels I decided I wanted to bring this story to my blog. Much to my dismay, there is very little information available about these events.

The monument honors a regiment, with 10 companies of more than 500 men known as "Les Chasseurs Volontaires de Saint Domingue" (Volunteer Hunters of Saint Domingue), who fought in the American Revolution. All of these men who volunteered were from the island nation of Saint Domingue (now known as Haiti).  These were free men of color and they were of African descent. This unit of light infantry men fought in the Battle of Savannah between  September 16th, 1779 and October 18th, 1779. After the Battle of Savannah many of these men were dispatched to other military posts. Some of these men would later become key figures in the in Haiti's fight for it's own independence over the next twenty-five years.

The Battle of Savannah was one of the deadliest battles of the American Revolution. Savannah was occupied by the British, a military tactic that the British hoped they could use to return Virginia, the Carolinas and Georgia to their control. America with her allies, the French  were attempting to reclaim the city. These men, under the command of General Benjamin Lincoln and Admiral Charles Henri d'Estaing were involved the battle that occurred on September 24th and the Siege of Savannah that took place on October 9th, 1779. As the American and French troops were forced to retreat, the brave men of the Les Chasseurs laid down cover fire in which many lives were saved.

On April 25th, 1944, former Secretary of State Cordell Hull (1871-1955) under President Franklin Delano Roosevelt, commemorated a plaque at the Cathedral of St. Marc, in Haiti in honor of the Les Chasseurs Volontaires de Saint Domingue. The plaque reads, "Nous payons aujourd'hui tribut au courage et a l'esprit des Volontaires Haitiens de 1779 qui risquerent leurs vies pour la cause de la liberte dans les Amériques." and in English reads, " Today we pay tribute to the courage and spirit of those Haitian Volunteers who in 1779 risked their lives for the cause of American Liberty".

A monument was raised in Savannah to honor the brave men of Les Chasseurs Volontaires of Saint Domingue and was the project of the Haitian American Historical Society. The monument was originally designed for six figures but only four were unveiled in 2007 and the remaining two figures and the monument were unveiled in October of 2009. The life-sized bronze figures were sculpted by artist James Mastin. 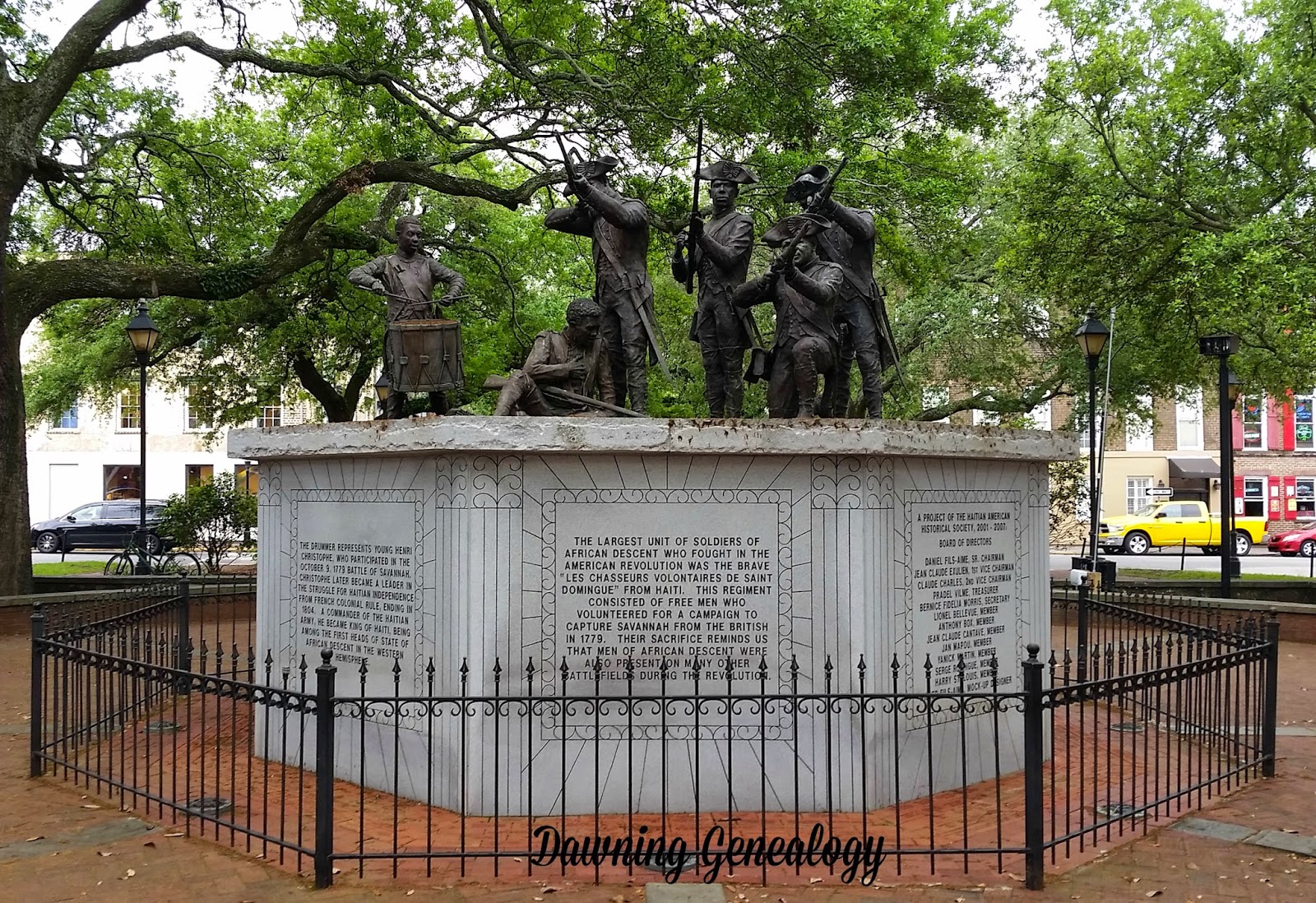 The following pictures are of each of the eight panels of the monument going clockwise. 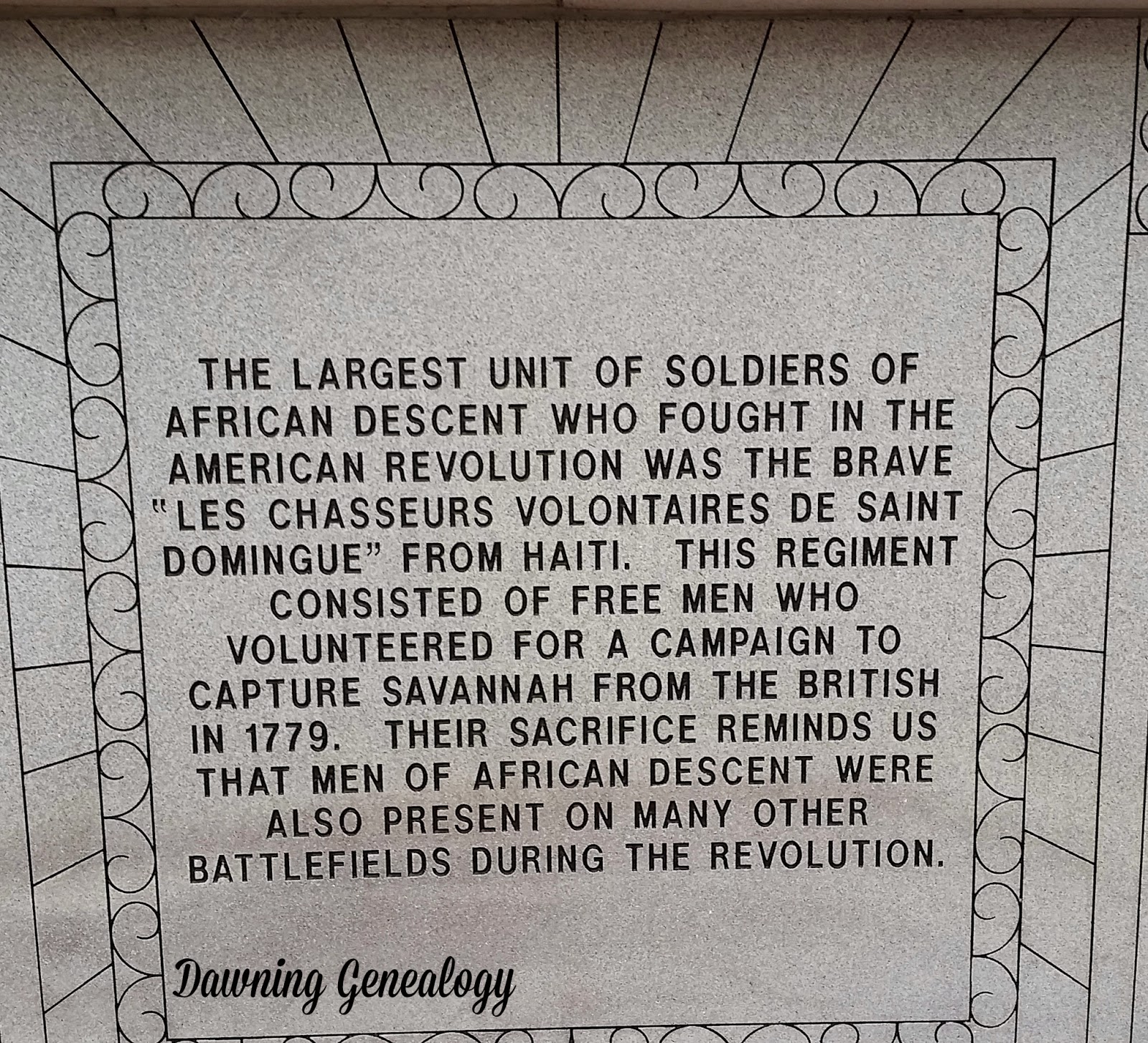 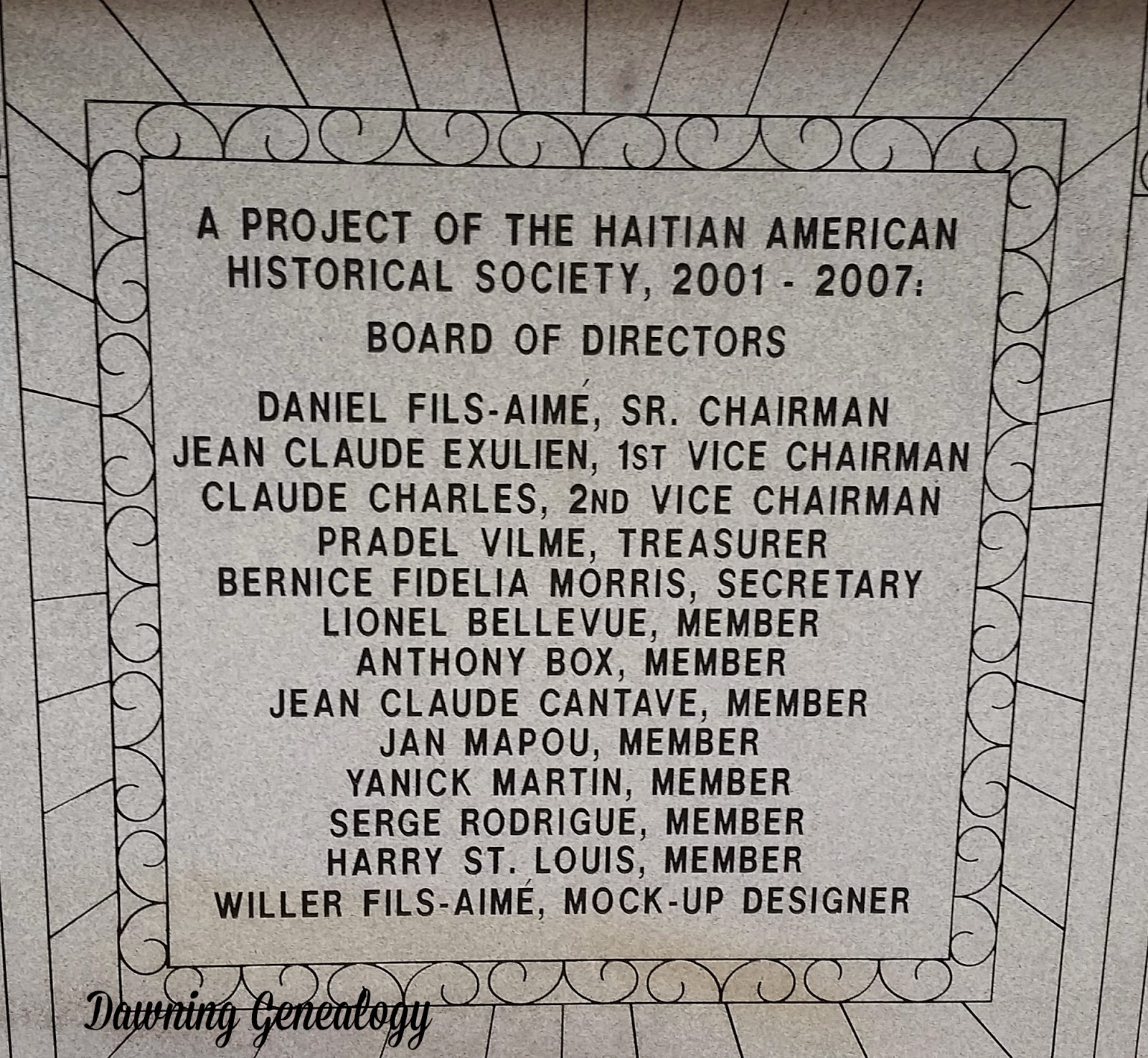 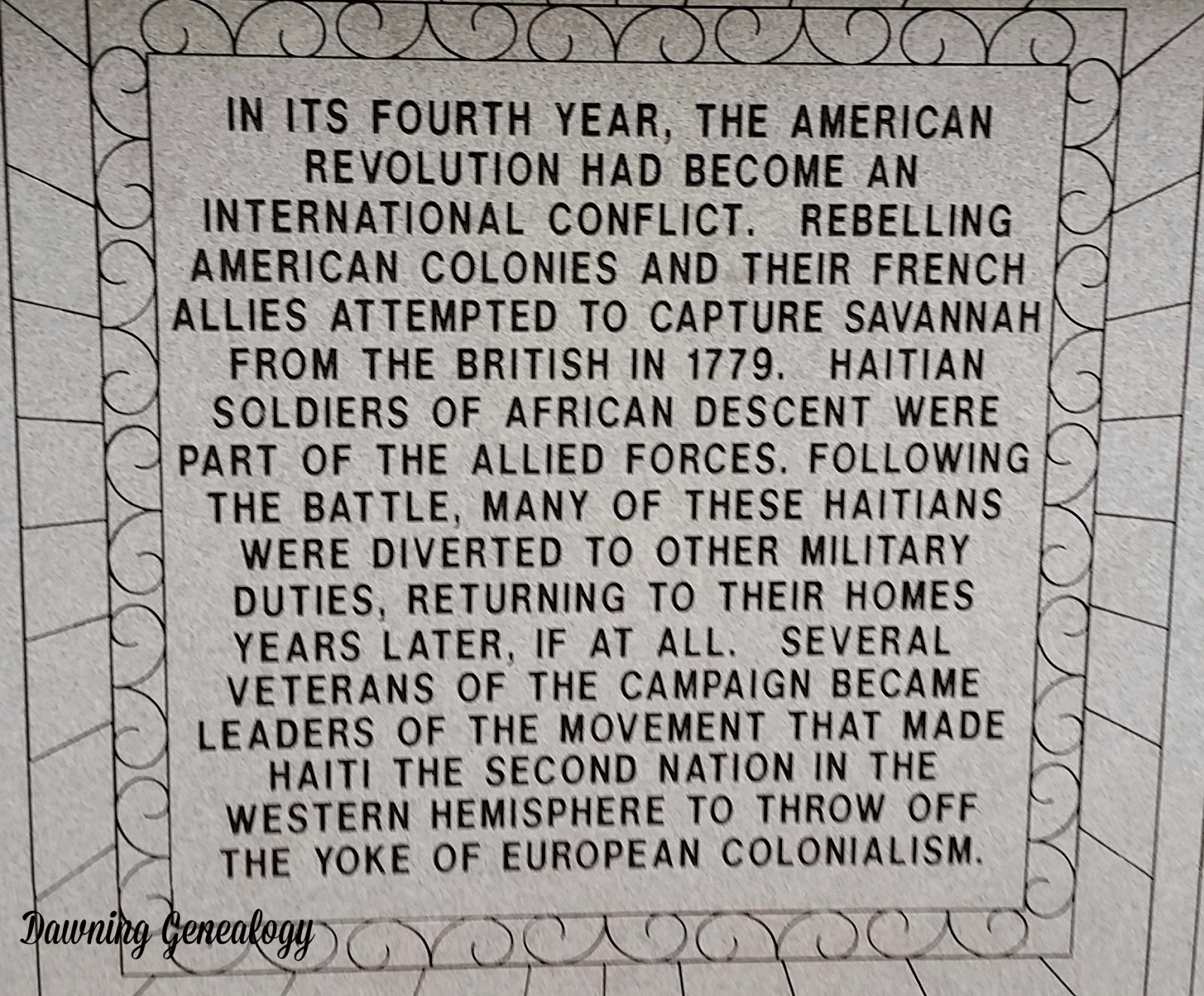 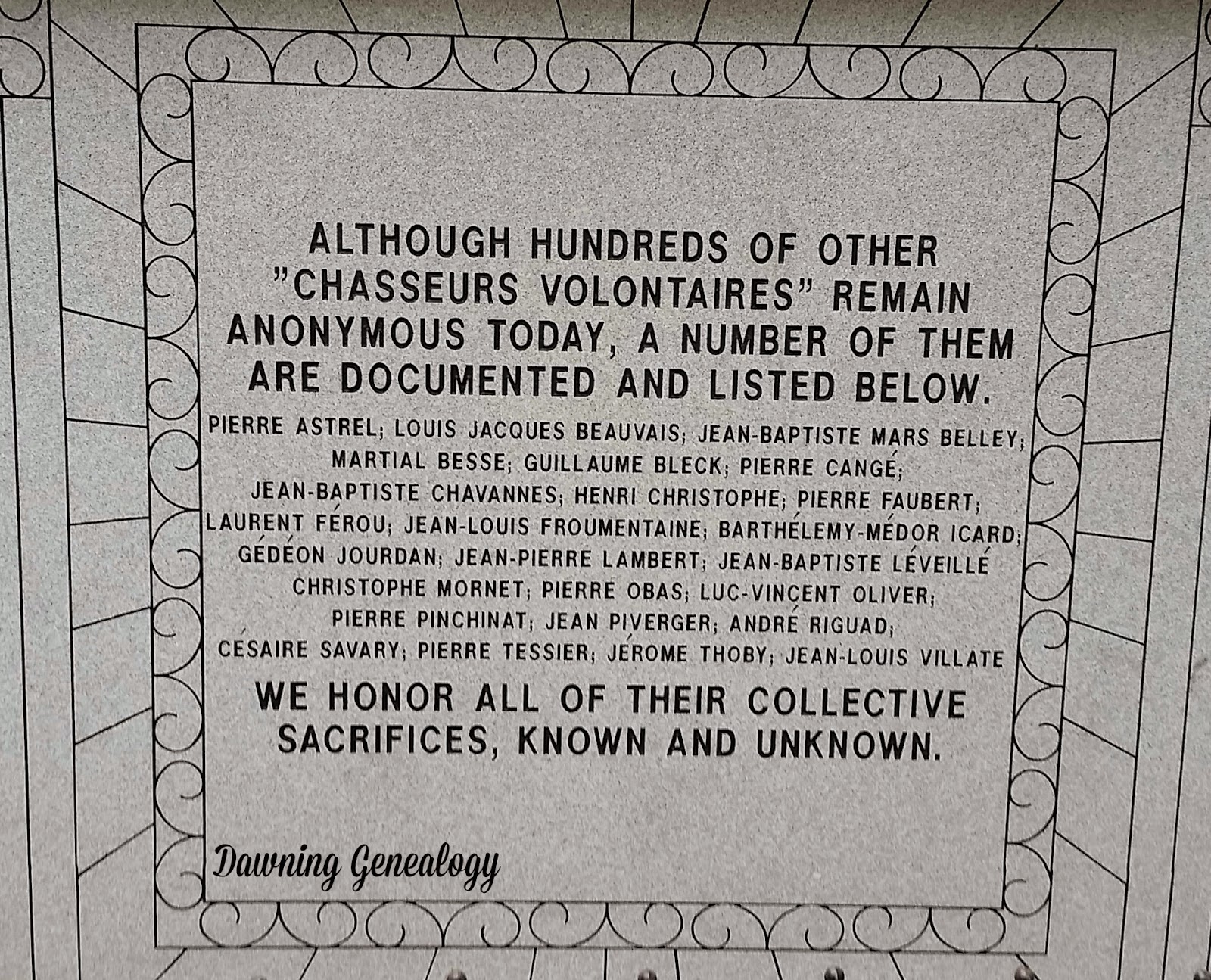 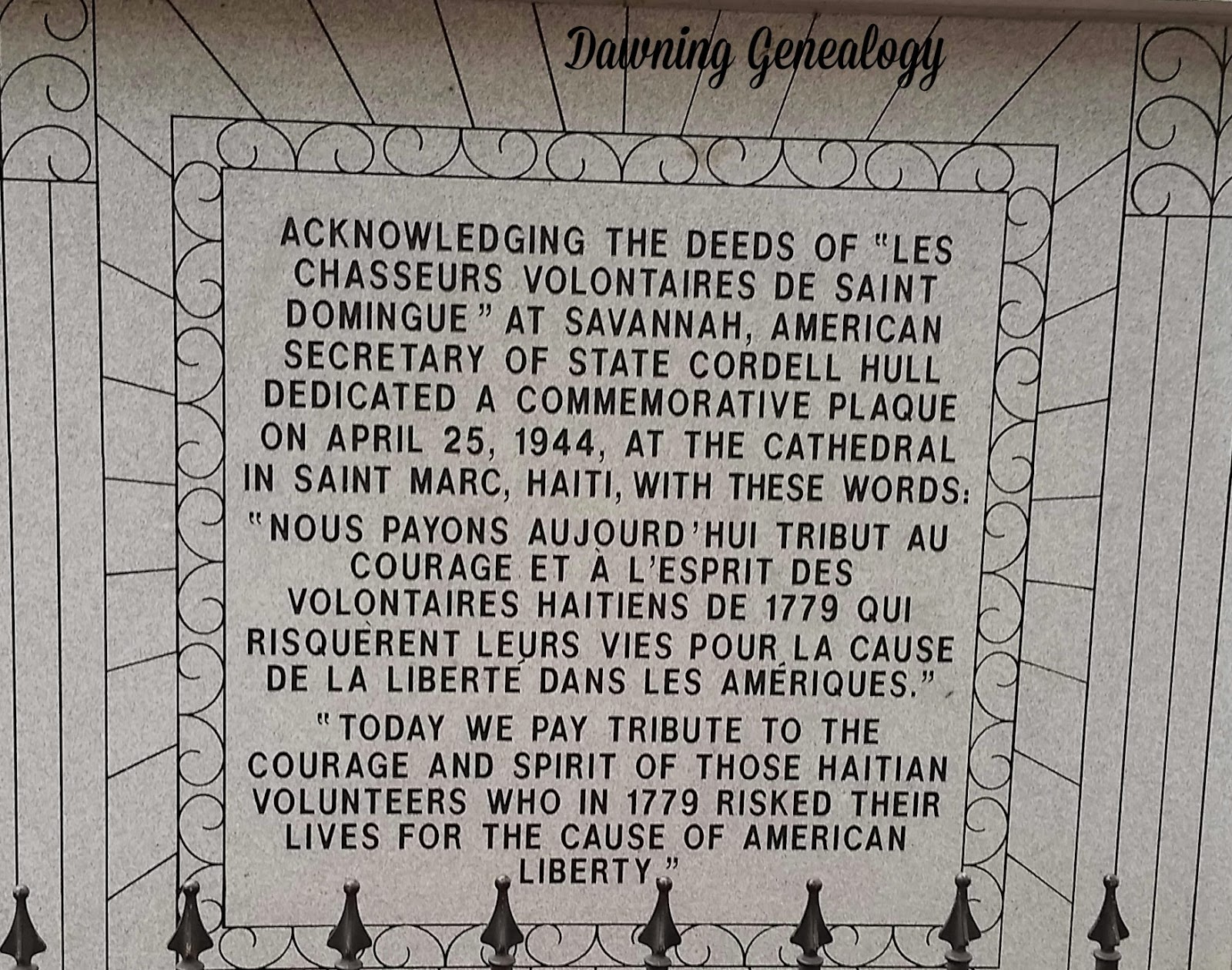 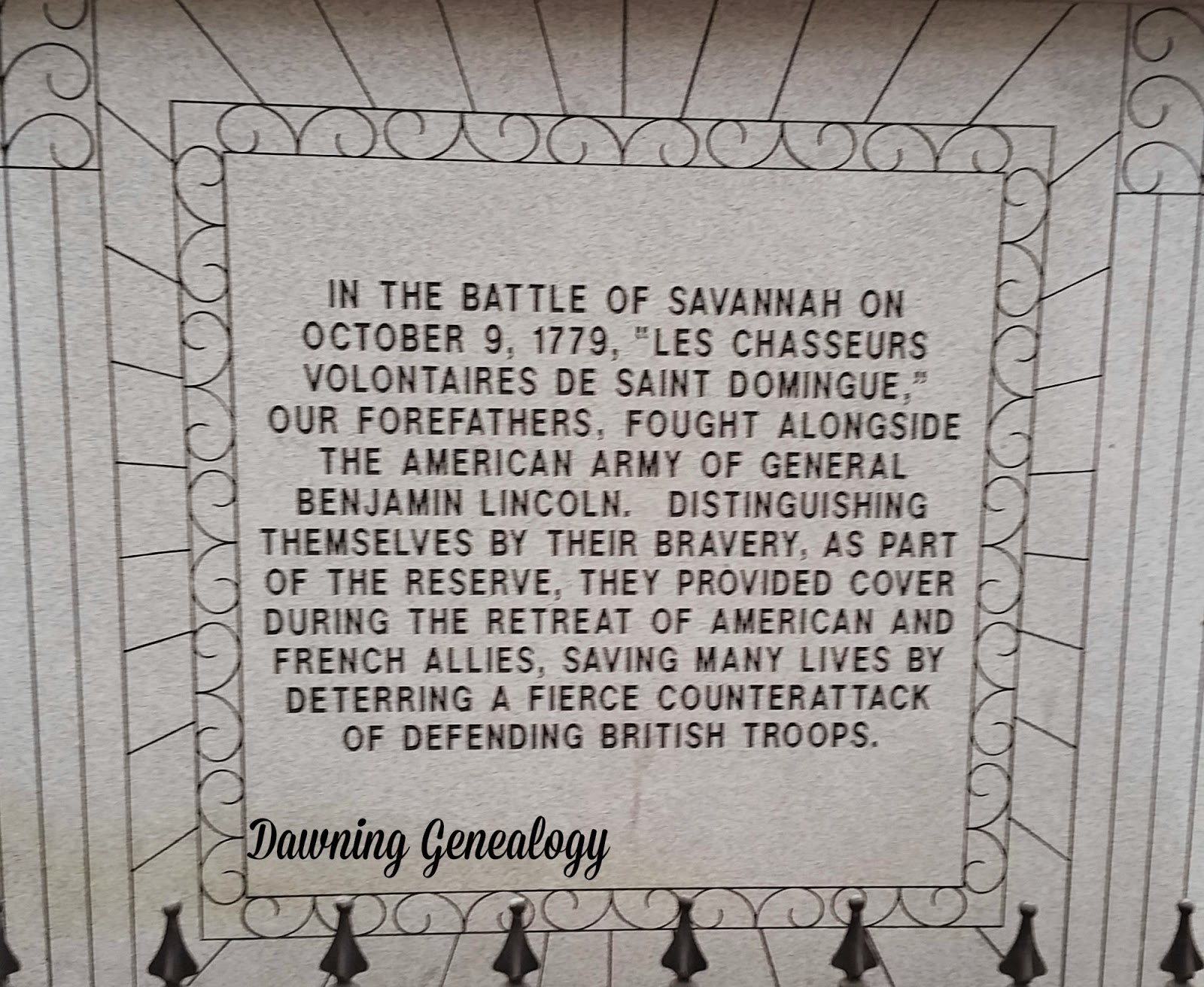 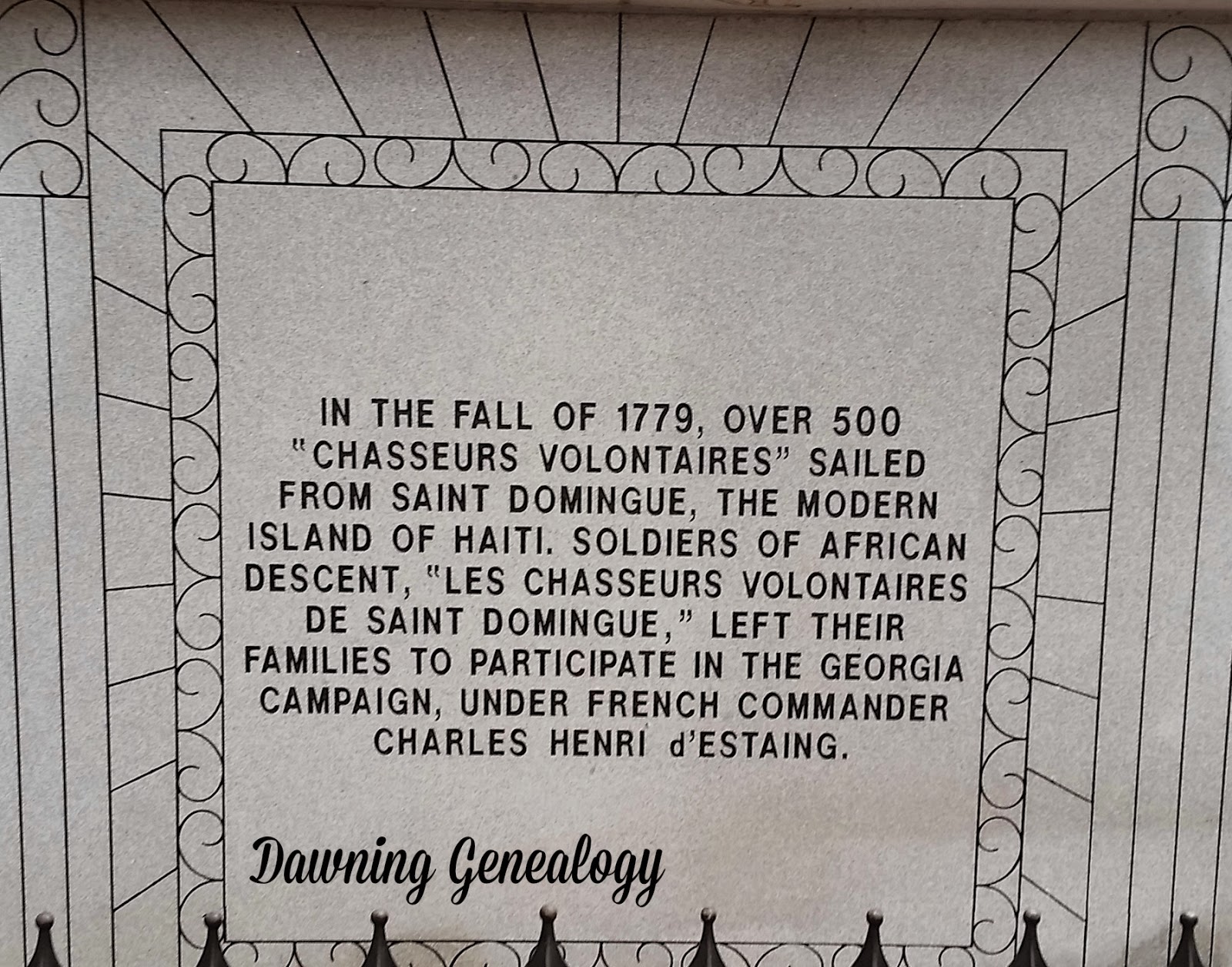 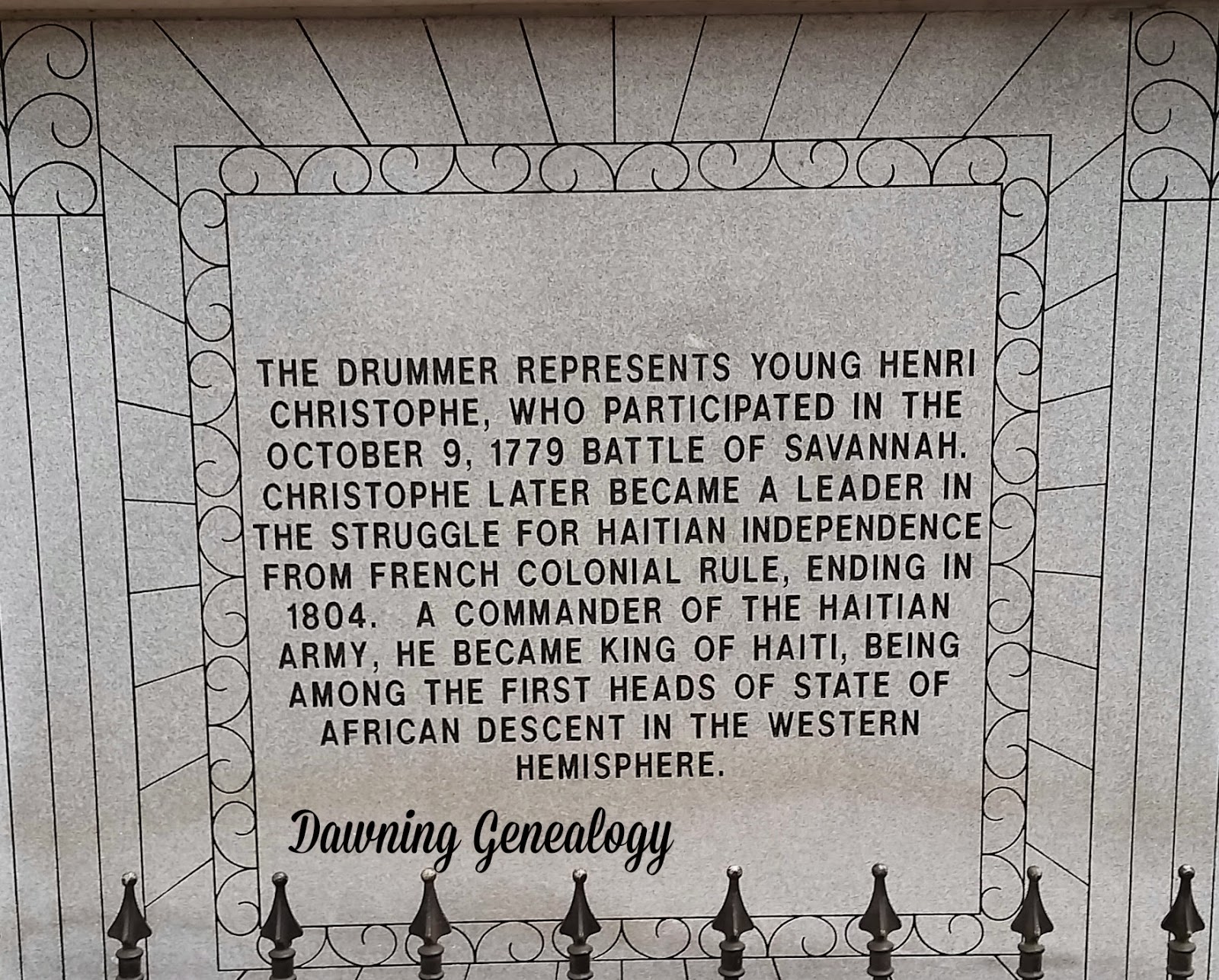 Email ThisBlogThis!Share to TwitterShare to FacebookShare to Pinterest
Labels: 2015, April 2015