In researching my paternal side of the tree I came across the brother of my 2nd great grandmother Helen Lambert Rich. His name is John Bush Lambert and was patient at the Eastern Kentucky Lunatic Asylum in Lexington, Kentucky.

As I moved through each of my 2nd great grandmother's siblings, collecting data on each of their of their families I kept coming back to my 2nd great uncle, John Bush Lambert. As I looked for the usual documents (census records, marriage records, military records and death records) to fill in my time line for him I noticed that the last 33 years of his life had been spent in the same psychiatric hospital in Lexington, Kentucky.

My curiosity was gnawing at me with the questions, why was he there? what had happened? I wasn't sure if I could find the answers to my questions because other than my Dad, his sister and few cousins there didn't seem to be anyone left alive that I could talk to about this.

I am not 100% sure if John Bush Lambert served in the Civil War, however, he is listed in the US, Civil War Draft Registrations Records, 1863-1865. This record is dated 20 July 1863 and shows that John B Lambert is 20 years of age, single and a farmer. I also found a listing for a John Lambert who enlisted into the Kentucky 53rd Infantry, Company K in Covington, Kentucky on 11 April 1865 and mustered out on 15 September 1865. I am not entirely convinced that this is my 2nd great uncle and I need to do further research.

On the 10th of April 1874, John Bush married Hannah L Kautz, daughter of Jacob Kautz and Mary Ann Walker in Caldwell County, Missouri. They did not have any children. After 20 years of marriage they divorced. John and Hannah were cousins through their Walker lines.

On the 17th day of April 1893, John Bush Lambert killed his father, John William with a fireplace poker. I don't know how long John Bush was mentally ill or when his symptoms began. Why did he do this? What transpired between father and son that would lead to this outcome? 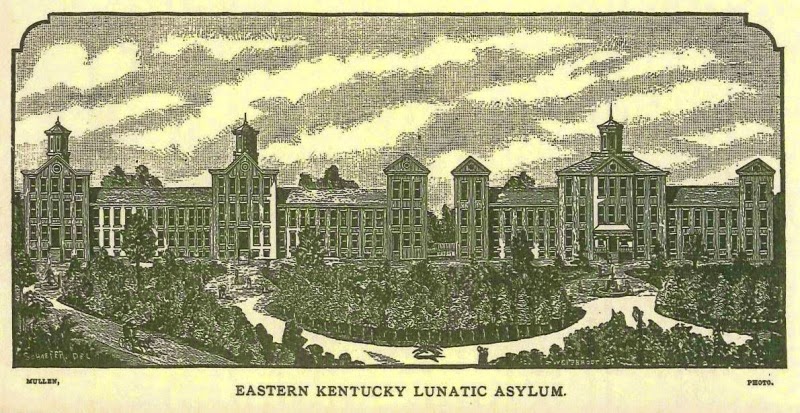 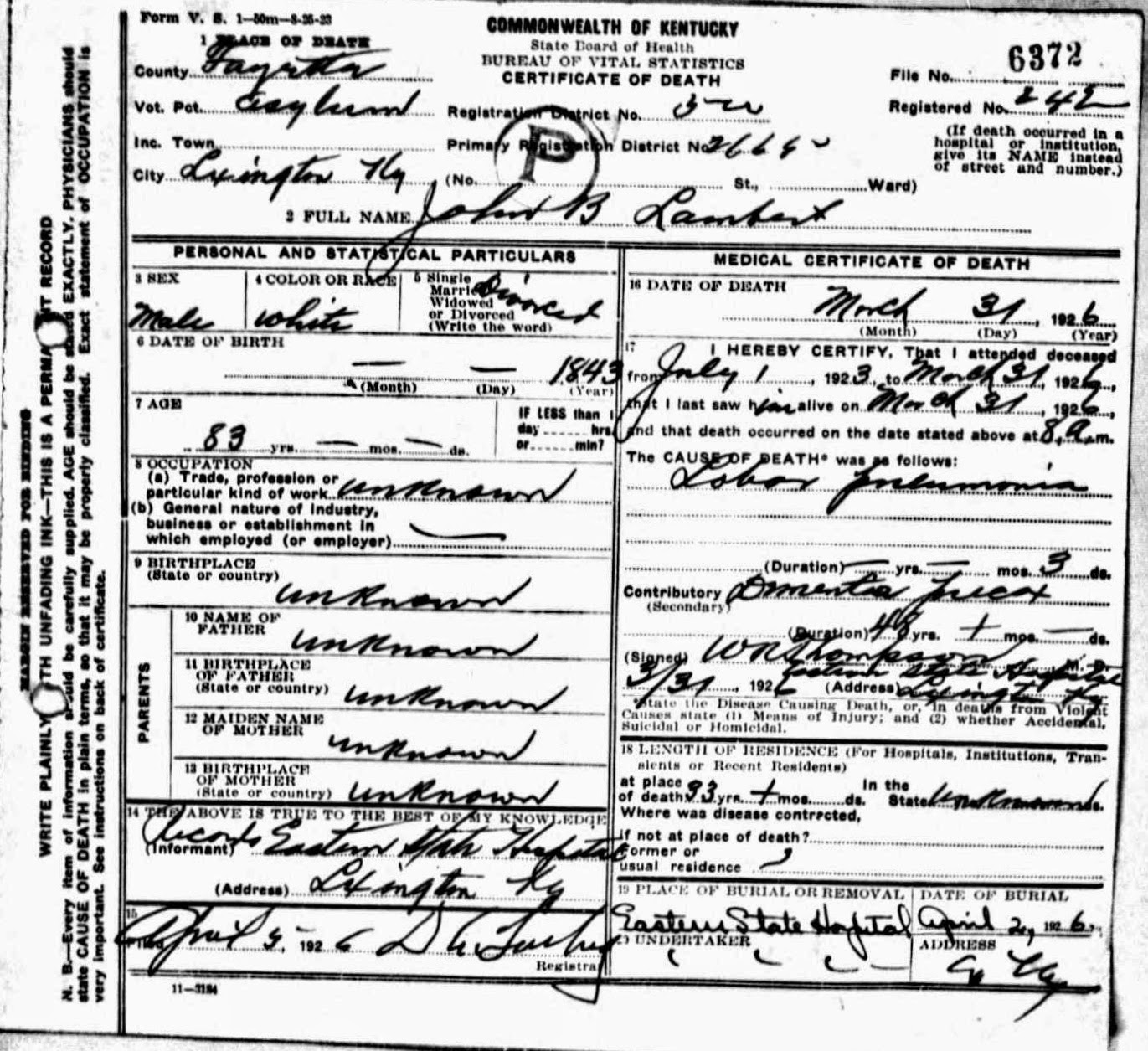 When I look at John Bush's death certificate there are important pieces of genealogical information missing. The names of his parents and their birth places are listed as "Unknown".Whether this was a deliberate decision made by his family I cannot say. However, considering that mental illness was a taboo topic in the late 19th and early 20th centuries, I can see that this may have been an attempt to distance the rest of the family from John Bush Lambert.

Email ThisBlogThis!Share to TwitterShare to FacebookShare to Pinterest
Labels: 2014, July 2014