I remember my 2nd great aunt, Anna May "Mory" Orth-Hoskins with fondness. She married her husband, William Cromy Hoskins in 1917. She was quiet as I recall but I always enjoyed visiting her and Uncle Cromy when we were in Louisville, Kentucky. I knew that she had suffered loss in her life but I didn't know why or how. It was just something you could see in her eyes.

It wasn't until I started researching my maternal lineage that I learned what a loss she had suffered.  Aunt Mory had 2 children, Marjorie and William Cromy "Billy" Hoskins, Jr both of whom died in childhood.

I know from a picture of Marjorie that she and her parents traveled to Los Angeles, California in August of 1933. According to my Mom, everyone was very hush, hush about Marjorie's diagnosis. My Uncle Cromy worked for the Louisville & Nashville railroad and they could travel for next to nothing probably paying just taxes or some small nominal fee. I cannot help but wonder if the trip was planned as a vacation or if perhaps my Aunt and Uncle took Marjorie to see a specialist in California. Marjorie and Billy are cousins of my grandmother, Mary Myrtle Behrle Rueff. 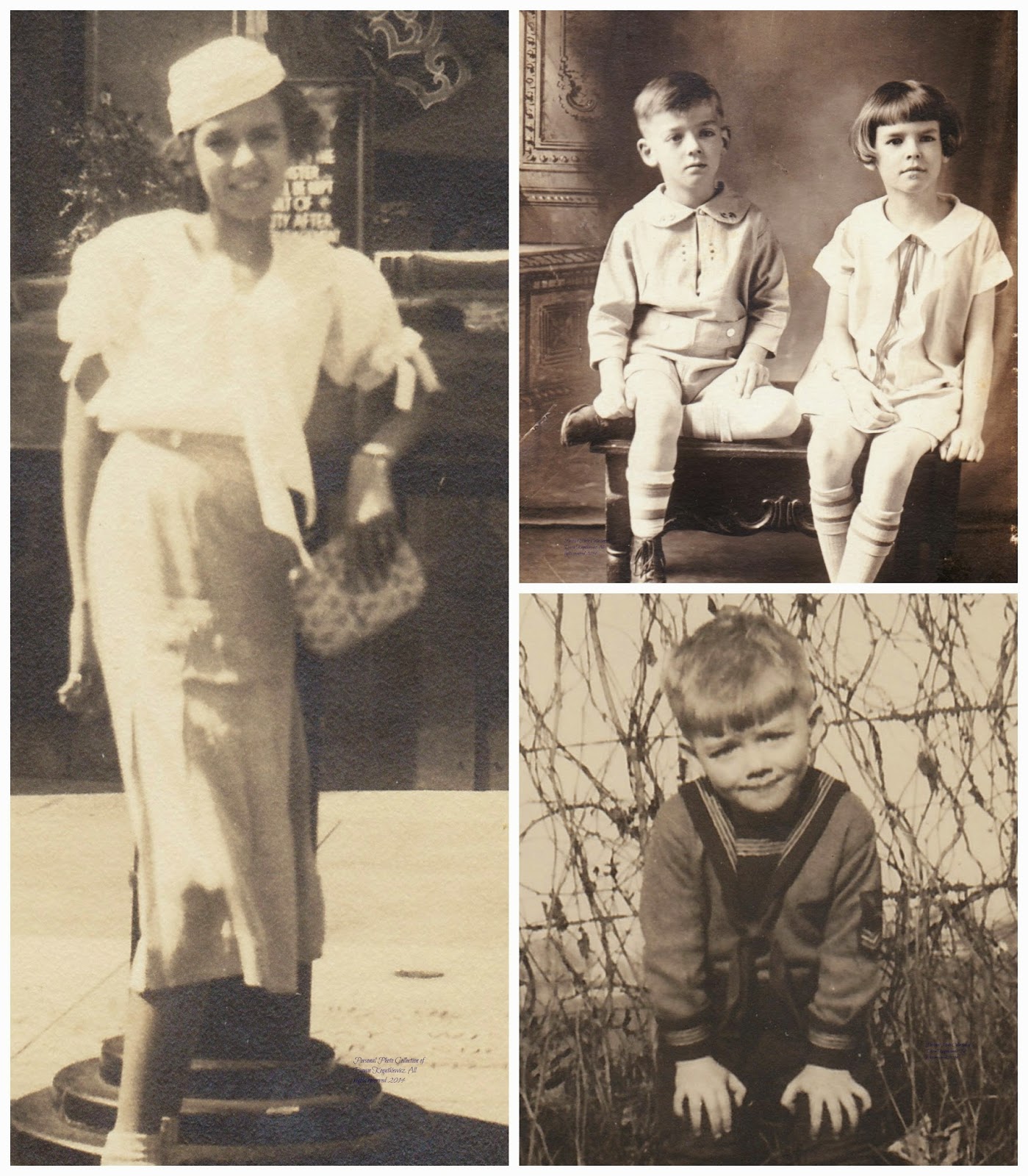 The picture on the left is of Marjorie in front of the Chinese Theater in Los Angeles, CA. The top right picture was taken at Ernest W. Brown's Studio 426 South 4th Street, Louisville, Kentucky, Marjorie was 7 and Billy was 5. The bottom right picture of Billy was taken at the home of Dr. Raymond A Behrle and his wife Pauline Orth Behrle.


William Cromy "Billy" Hoskins, Jr was born on the 18th of March 1921 in Louisville, Kentucky. I know very little about Billy as he was called. When I look at the few pictures I have of him, he seems to be a serious looking little boy. Billy would probably have been in either kindergarten or first grade judging by his age. Billy died on the 25th of January 1928 and his cause of death was pneumococcal meningitis.

I understand the profound loss that my Aunt Mory and Uncle Cromy must have felt when their children died because I too have lost a child. My son, Kenny died in 2000 at the age of 19. The loss of a child is not something a parent ever gets over, it is something we must learn to make peace with and learn to live with for the rest of our lives.

Email ThisBlogThis!Share to TwitterShare to FacebookShare to Pinterest
Labels: 2014, July 2014