The 11th hour, of the 11th day, of the 11th month in the year 1918, is the day that a cease fire went into effect between the Allied nations and Germany. Seven months later, on June 28, 1919 the Treaty of Versailles, a peace treaty (one of many) that officially ended World War I between Germany and the Allied Powers.

President Woodrow Wilson proclaimed the first Armistice Day on November 11th, 1919 and stated that,  "To us in America, the reflections of Armistice Day will be filled with solemn pride in the heroism of those who died in the country's service and with gratitude for the victory, both because of the thing from which it has freed us and because of the opportunity it has given America to show her sympathy with peace and justice in the councils of the nations..."[1]

On June 4th, 1926 Congress officially recognized the end of World War I and declared in part the following,


Whereas it is fitting that the recurring anniversary of this date should be commemorated with thanksgiving and prayer and exercises designed to perpetuate peace through good will and mutual understanding between nations...[2]

Then on May 13th, 1938, Armistice Day was declared a legal holiday. A day which we would dedicate to world peace. In June 1954, nine years after the end of World War II, a war which saw the largest gathering of United States military personnel from the Army, Navy, Marines and Army Airmen in our country's history. The Act of 1938 was amended by removing the word Armistice and replacing it with Veterans and November 11th became the day in which all American military members would be honored.

Thank you to all Veterans, not just the ones in my family but to all former and current military members for your service and protecting our freedoms. 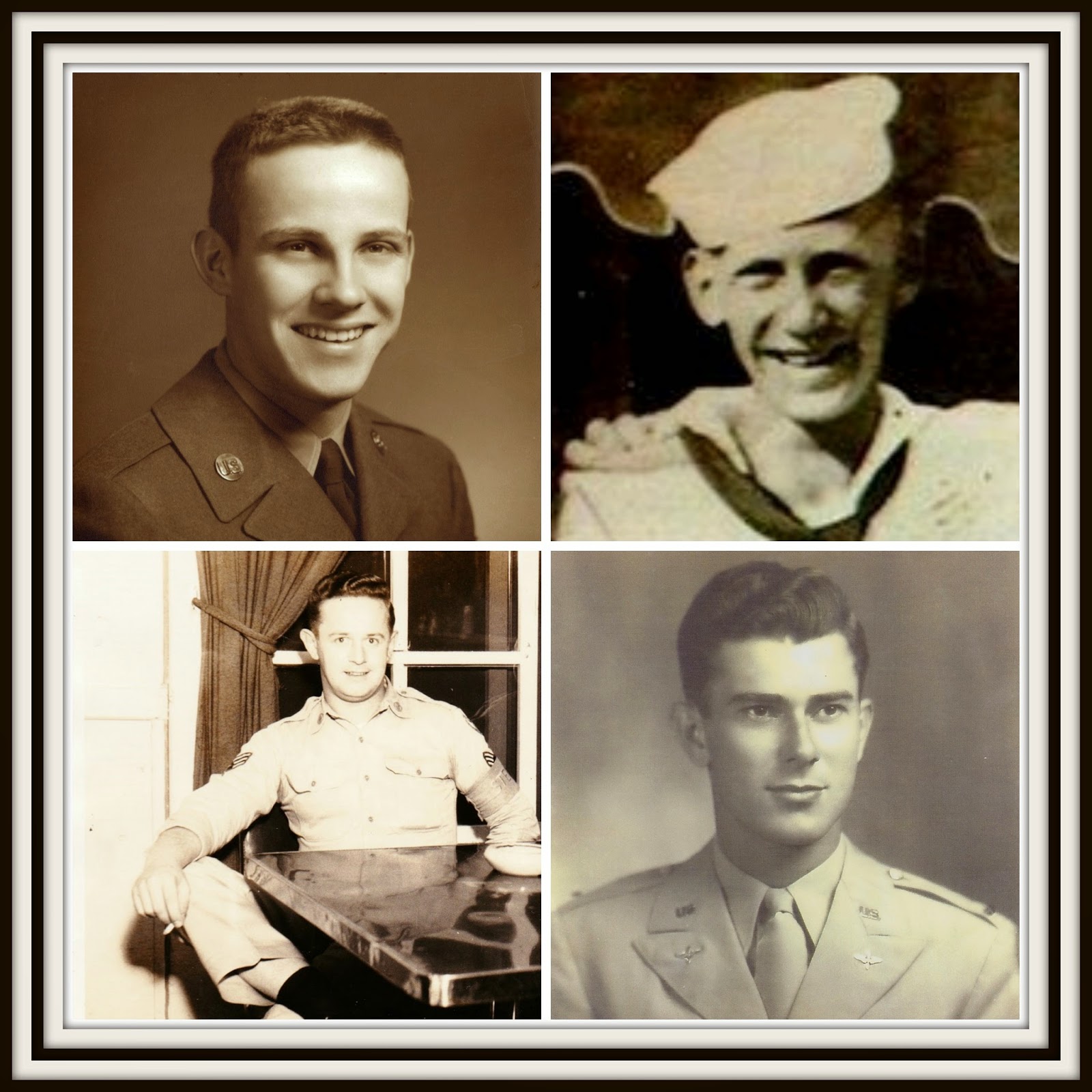 Email ThisBlogThis!Share to TwitterShare to FacebookShare to Pinterest
Labels: 2014, November 2014