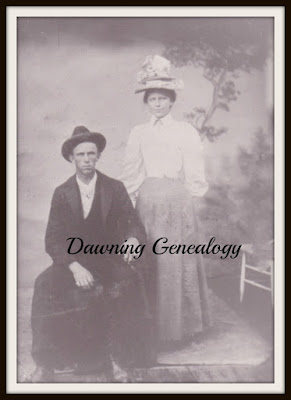 This is Easton's 5th paternal great grandparents, William Points Williams & Sarah Elizabeth Lucas, who were married on June 25th, 1902 in Covington, Kenton, Kentucky. They celebrated 35 years of marriage on June 2,1937 and Sarah died on September 24th, 1937. I just love the hat she is wearing in her wedding picture. 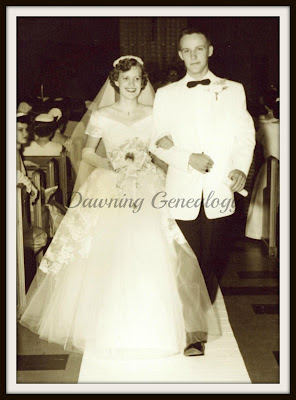 This is my parents and Easton's paternal 1st great grandparents William "Bill" and Nina. They were married on June 4th, 1955 in Louisville, Jefferson, Kentucky. Last week they celebrated their 60th wedding anniversary.
Easton's other set of paternal great grandparents, Simeon Lester Kitts, Jr and Ursula Floride Plowden had their marriage license issued on June 7th, 1947 in Columbia, Richland, South Carolina. I do not have a picture from their wedding and I have ordered their marriage record but do not expect for at least another week.

I am still working to catch up on my 52 ancestors challenge but this just happened to be good timing.