Happy 104th Anniversary to my Great Grandparents - The Behrle's

Recently, I've been going through old photographs belonging to my parents. As I pulled a Sears bag out of my Momma's pie safe I thought I would find pictures of our family especially mine because when my boys, Kenny and David were growing up, Sears was the only place to go get good pictures without breaking the bank.

Unfortunately, the photograph had a couple of tears and someone had rounded all of the corners as if to fit it into an oval or circular frame. I suspect that my grandmother, Myrtle is the culprit who cut the corners. After all it's her parents in the photograph. Below is the photo as I found it. 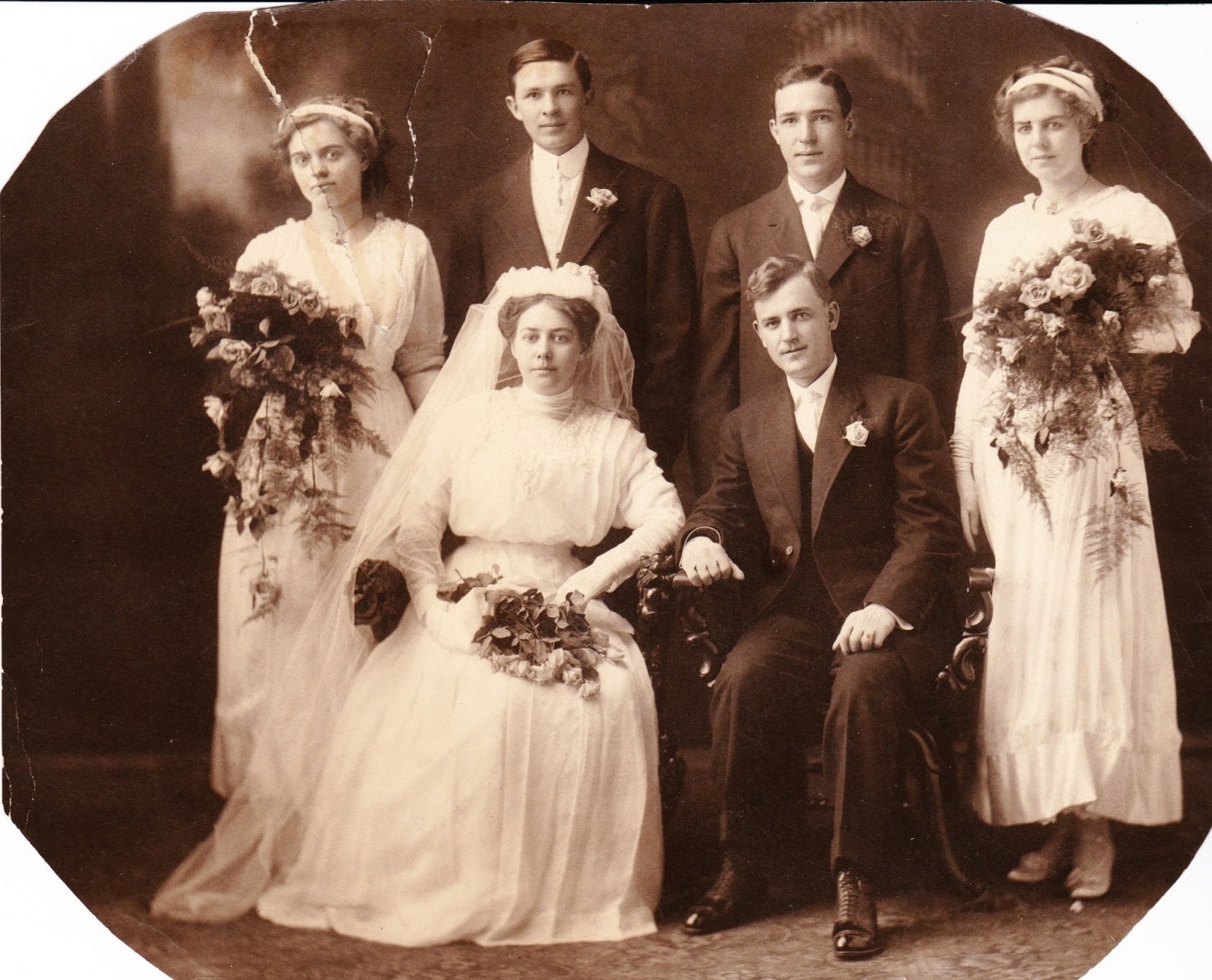 This is the photo as I found it in the Sears bag.

Raymond and Pauline were married on Wednesday, October 26th, 1910 at St. Francis of Rome Catholic Church in Louisville, Kentucky. They had four wedding attendants, Anna May Orth, sister of the bride, Myrtle Walker, Louis Schuler and Godfrey (?) Bitzer. There was a wedding announcement in the October 29th, 1910 issue of the Kentucky Irish American. Then in the November 5th, 1910 issue of the Kentucky Irish American there is an announcement of their return from their honeymoon. 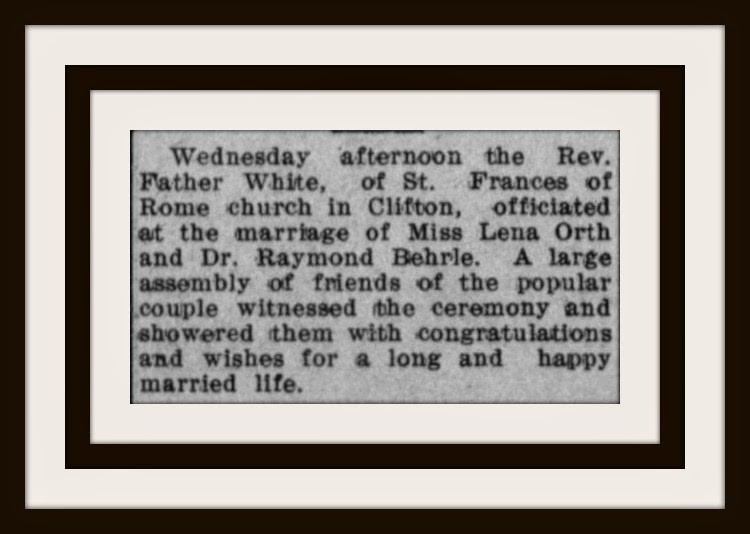 This is the wedding announcement from the Kentucky Irish American newspaper published on October 29, 1910. 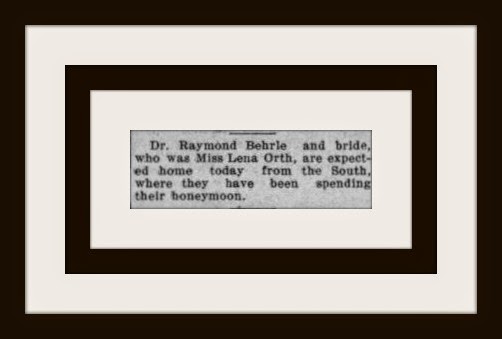 This the their returned home from their honeymoon from the Kentucky Irish American newspaper published on November 5, 1910.

I really wanted to restore the picture for my Momma as a birthday gift but I knew it was not something I could do with my own photo editing software. I also didn't want to entrust it to just anyone. This is where my childhood friend, Ed Higgins saves the day for me. Our parents were the best of friends. We had reconnected on Facebook and noticed that he was posting amazing photos. I sent him a message asking if he could recommend someone. He said he really didn't but would I mind if he took a shot at it. I said of course and a few days later he sent me the restored picture via email. It was absolutely gorgeous! I couldn't wait to give it to my Momma. A few weeks later my Momma and Daddy along with my nephew Bryan cane for visit. I gave her the gift bag with the restored photo and she loved it! Below is the restored photo. Thank you so much Ed!! 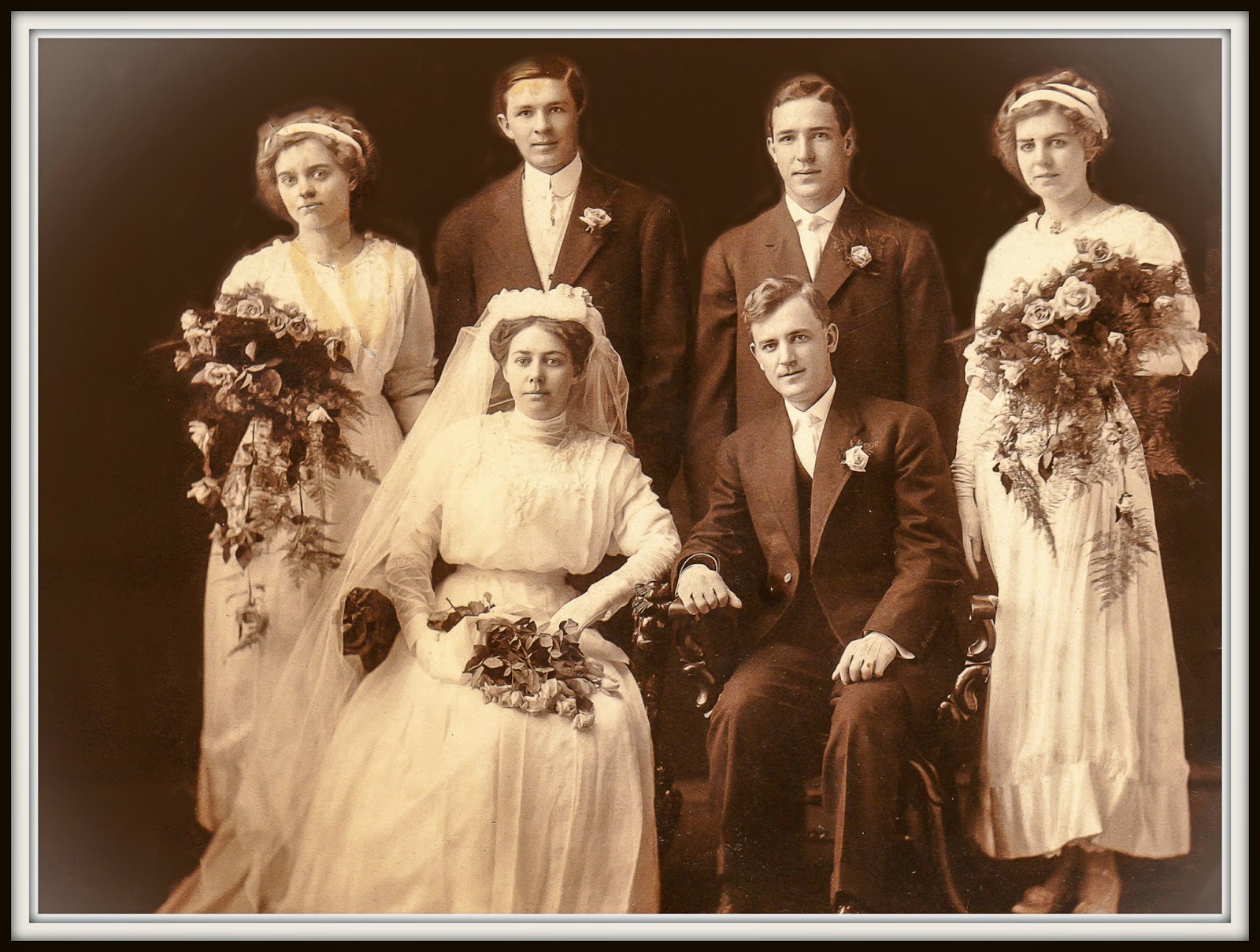