I am doing the 52 Ancestors in 52 Weeks Challenge 2015 Edition. I would like to introduce you to my Williams Family.

My Williams lines start with my great-great grandparents, William W. Williams and Elizabeth Points.This William is an absolute mystery 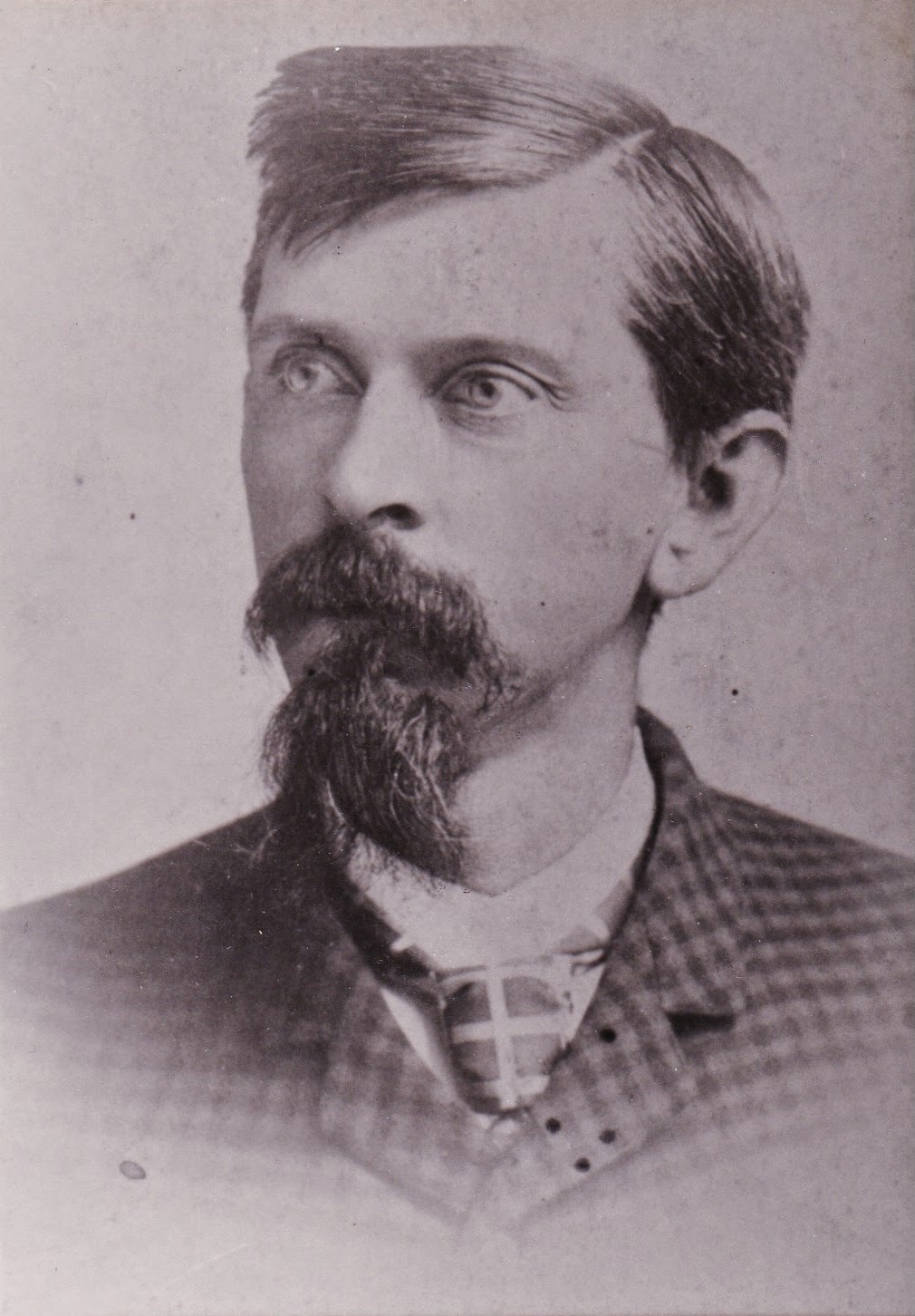 to me.Of course his name isn't exactly helping either. There are just way too many William Williams's!  To the right is a picture of my great-great grandfather William W. Williams.

According to the 1880 Census record, page 22, Supervisor's Dist. No. 4, Enumeration Dist. No. 88, Schedule 1. Inhabitants in District No 88, in the County of Grant, State of Kentucky enumerated by C.Y. Dyas on the 17th day of June, 1880, lines 27-30 are for William W. and Elizabeth Points and their two children, Georgia and William. William H ("H" is listed on this census) as 36 years old and his occupation is listed as farmer. It also states that both of his parents were born in Kentucky. Elizabeth is listed as his wife and is 29 years old. Her occupation is listed as keeping house with both of her parents listed as being born in Kentucky as well. Georgia is listed as their daughter and 9 years of age. William is listed as their son and 6 years of age. The entire family is listed as having been born in the state of Kentucky.

The top portion of the 1880 Census record for William H. Williams and his family.

This is the only census record I have found the whole family in. I have not been able to locate birth, marriage or death records of any kind for William W. The 1880 census record puts his birth year as about 1844. Which means it is possible he served in the Civil War. Kentucky was a border state during the Civil War which means that William could have for either side.

When did he marry Elizabeth Points? Based on the date of 1870 Census for Elizabeth Points (September 1870) and the birth date of their oldest child, Georgia K. Williams (24 June 1874) I have come up with an estimated time frame. While I have not found a marriage record for William and Elizabeth, I can be reasonably sure that they were married between September 1870 and September 1873. The death records for William and Elizabeth's two children, Georgia and William also do not provide any clues as to where their father may have been born in Kentucky.

My great-great grandmother Elizabeth Points Williams is a mystery in some respects as well but I at least I know who her parents are and I can go back at least two more generations with her lines. I wish I had A photograph of Elizabeth but unfortunately I don't. Elizabeth is the daughter of William and Margaret (Franks) Points. She was born about 1849 in Grant County, Kentucky. and was one of 16 children. It is believed that she died sometime between June 17th, 1880, the date of the 1880 Census and before the 1900 Census. However I have not found any record of death for her.

I still have all these questions about William and Elizabeth. If Elizabeth died between 1880 and 1890, did William remarry? If so, who did he marry? When and where? Did he have more children? Where and when did he die?

William W. Williams is my brick wall in my research of the Williams family. I am hoping to be able to go to Kentucky in the early fall where I can do a more focused search by visiting in person and using local resources.