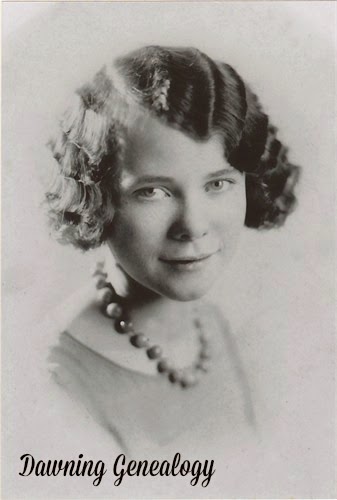 This week for 52 Ancestors in 52 Weeks the theme is "Favorite Photo". I have so many favorites but I have narrowed it down to pictures my paternal and maternal grandmothers. Both of them died way too early. I wish that they had been around much longer than the few short years I was able to spend with them. They are in my top 15 list of ancestors I wish I could interview now, if only it were possible! They both led very different lives, came from different backgrounds and different areas of Kentucky.

The photo on the left is my paternal grandmother, Peggy Scott Rich. This is a high school picture of Peggy circa 1929-1930. Peggy was born on June 2nd 1911 in Erlanger, Kentucky, to Robert Lincoln Rich and Lillian Bergamot Lanahan.

My grandmother's parents divorced when she was a young girl. She was the second eldest daughter of four girls. Peggy married my grandfather, William Elmer Williams about 1930, while in her senior year of high school. They eloped and used a variation of their names, I have had no luck in finding their marriage records.

Their first child is my Aunt Sally was born in 1931 and my Dad was born four years later in 1935. My paternal grandparents didn't have a lot of time together as a married couple because my grandfather died of tuberculosis in August 1935, just 8 months after my Dad was born. My Dad and his sister were shuffled back and forth between their Mom in Florida and her sister Helen Elizabeth "Libby" Rich Buck

Losing my grandfather after such a short time and two children under 6 must have been very difficult for Peggy. She found a job working for Pan-Am and worked in Miami where she met her second husband, Glendell L. Hammond while he was stationed in Miami during World War II. They were married in 1944 in Broward County, Florida. She and Glen had one daughter.

I have many memories of my grandmother but what I remember most is that when we went to visit her she always had a pack of Pall Mall cigarettes (the red package) and the mini bottles of Coke-Cola she always let us drink. Peggy died of lung cancer at age 62 in Polk County, Florida on December 30th, 1973. 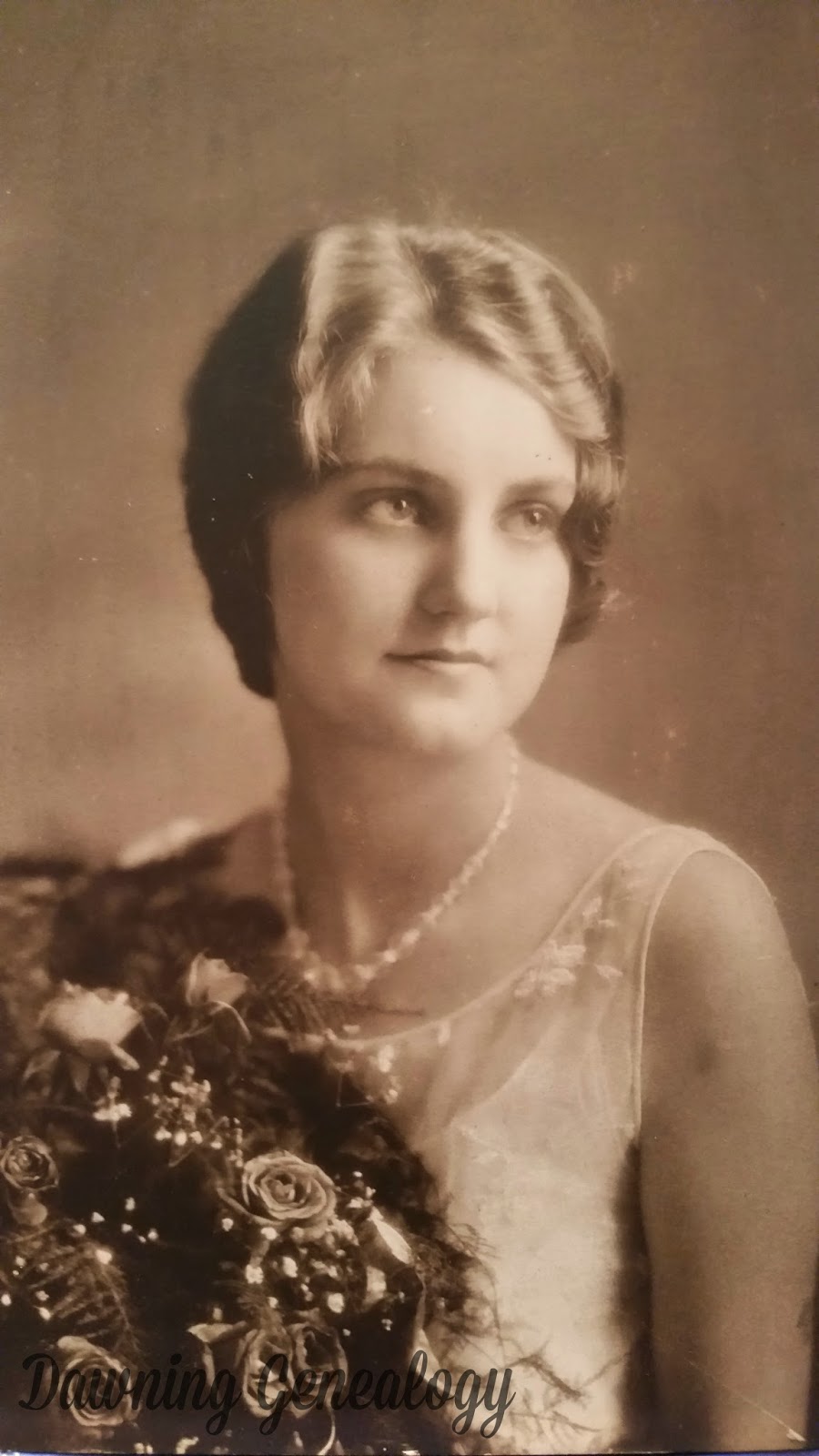 The photo to the left is my maternal grandmother, Mary Myrtle Behrle. Like my paternal grandmother Peggy this is also her high school picture, circa 1930-1931. She was born on May 2nd, 1913 in Louisville, Kentucky, the only child of Dr. Raymond Alexander and Pauline M. "Lena" (Orth) Behrle.

Myrtle married my grandfather, George Kenneth Rueff on September 26th, 1936 in Louisville, Kentucky. Their first child is my mother, Nina, followed by my Uncle Kenny and my Aunt Bonnie. Myrtle never worked outside of the home.

I also have many wonderful memories of Myrtle. She smoked Bel-Air cigarettes, she wore what she called "pedal pushers" or capris pants and sneakers. She would always make us "brown cows" better known as an ice cream float. We went outside to play we could not go further than the houses on either side of her house, even as teenagers! The year before she died I went to visit Myrtle with my Mom who was attending her high school reunion. I remember that summer so well especially when my cousin Becky, instead if asking our grandmother for permission to go to the shopping center with the boy next store we asked our grandfather who of course said yes! Myrtle was not happy with us that day.


Myrtle died of cirrhosis on her 41st wedding anniversary, September 26th, 1977 in Louisville, Kentucky she was 64 years old.

Email ThisBlogThis!Share to TwitterShare to FacebookShare to Pinterest
Labels: 2015, 52 Ancestors in 52 Weeks Challenge: 2015 Edition, April 2015, Kentucky, The Rich's, The Rueff's