My Visit to Bonaventure Cemetery in Savannah, Georgia for Horace Rivers and Family

Earlier this month we went to Savannah to support another Parrot Head Club's fundraiser for prostate cancer in the form of a pub crawl. It was a lot of fun but I did manage to get some genealogy done as well. This is the first of the two families I was looking for at Bonaventure Cemetery.

I went to Bonaventure Cemetery looking for the 2nd great paternal uncle of my son's via their paternal grandmother, Ursula Floride Plowden. I was disappointed to find that there were no headstones for Horace or his wife, Adele Lewis Rivers. There were only two tombstones. One was for his son, Marion Pinckney (1884-1931) and the other belonged to his sister in law, Edith Irene Lewis (1870-1891). 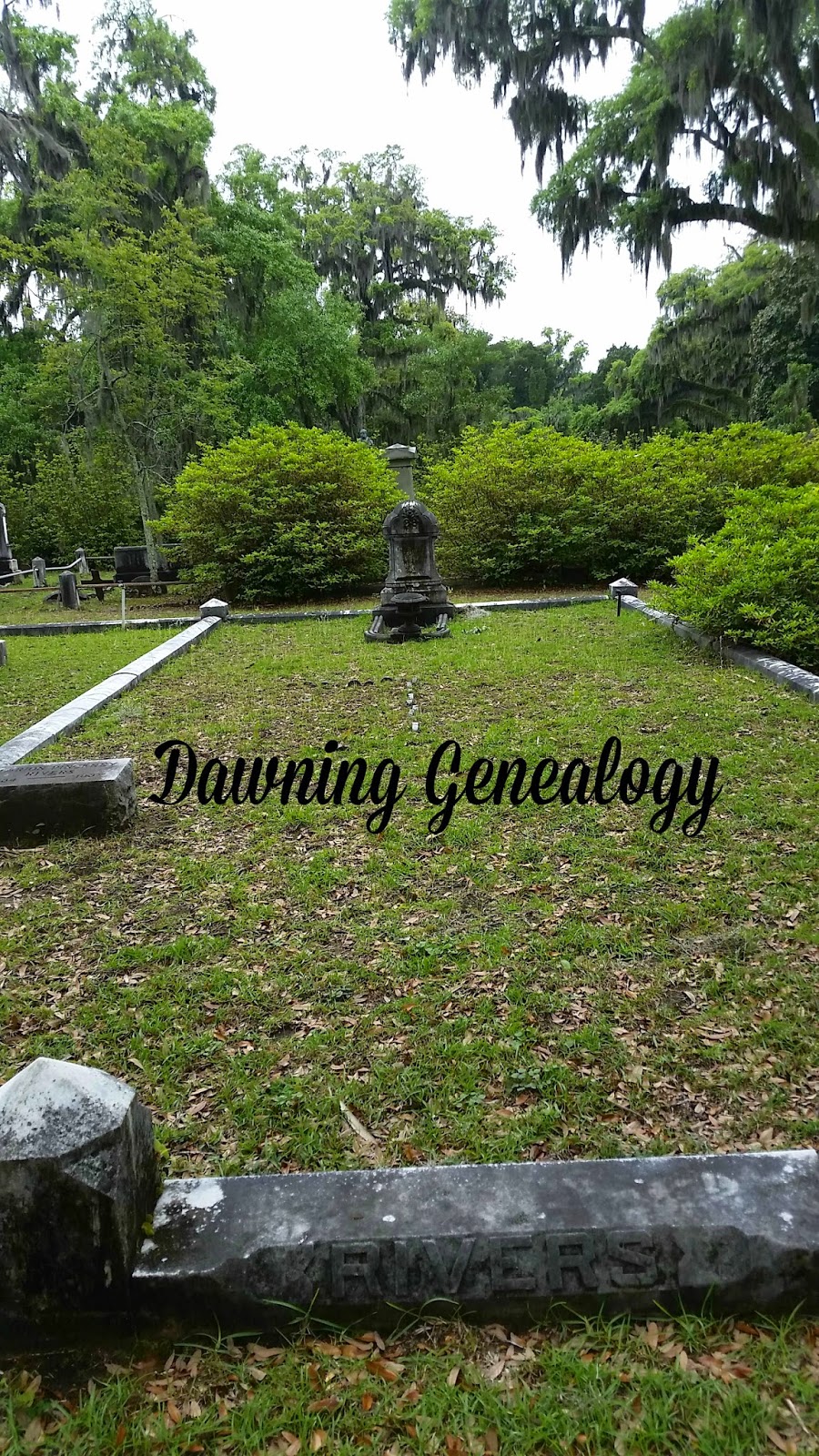 This is a view of the entire plot for the Rivers family. The elaborate tombstone in the back is for Edith Irene Lewis who died at age 21. The other stone is for Marion Pinckney Rivers who died in 1934. It was very wet and drizzling during this visit.

Horace Rivers was born on June 10th, 1890 in Savannah, Georgia. He married Marguerite Virginia Walker (no marriage record as of today) and they had one son. Marguerite died on June 13th, 1930 from complications after her appendectomy in Mount Pleasant, South Carolina. Horace died from angina on September 1st, 1932 in Mount Pleasant, South Carolina. Both are buried at Magnolia Cemetery, Charleston, South Carolina. This left their son Lewis, an orphan by age 5. I found Lewis in the 1940 US Federal Census living in the home of Harry I. and Marie W. Shingler listed as their adopted son. 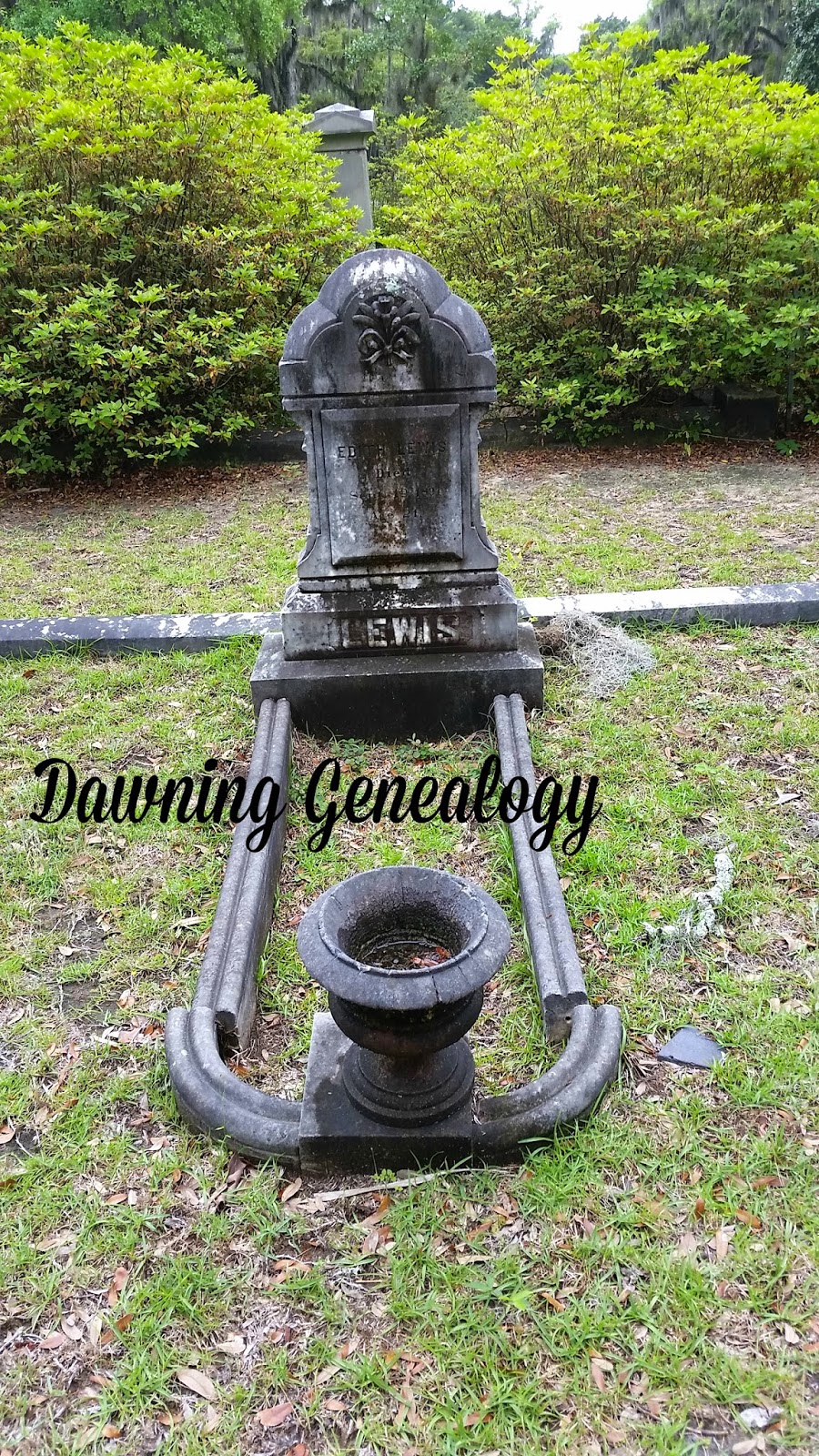 The picture above is the tombstone for Edith Irene Lewis. I only know that she was born on January 9th, 1870 in Charleston County, South Carolina and that she died on September 12th, 1891. I don't know if she died in Savannah or not but I am hoping that on my next trip to Savannah, the cemetery may have more information. The telephone number listed for the cemetery connects you with the city of Savannah as they own Bonaventure Cemetery. 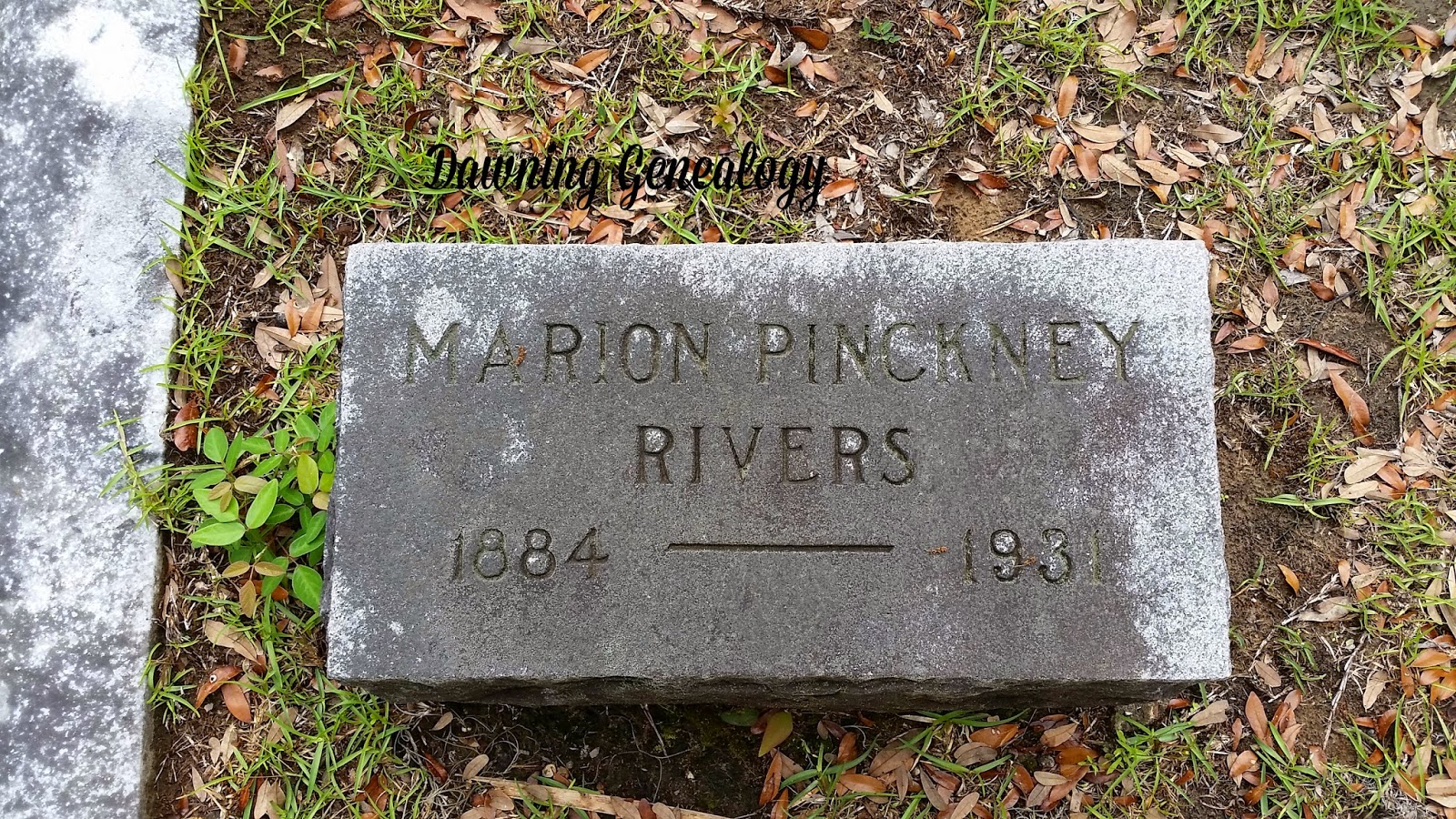 Marion Pinckney Rivers was February 24th 1884 in Savannah, Georgia. On June 16th, 1908 in Savannah he married Henrietta Ruby Williams. They had one child, Marion Pinckney Rivers, Jr who was born in Savannah in 1912 and died in 1966. According to his death certificate, Marion died of a coronary occlusion. I have been unable to locate a death certificate for his wife Ruby but I believe she may have remarried or perhaps moved to another state which will make finding her more difficult. 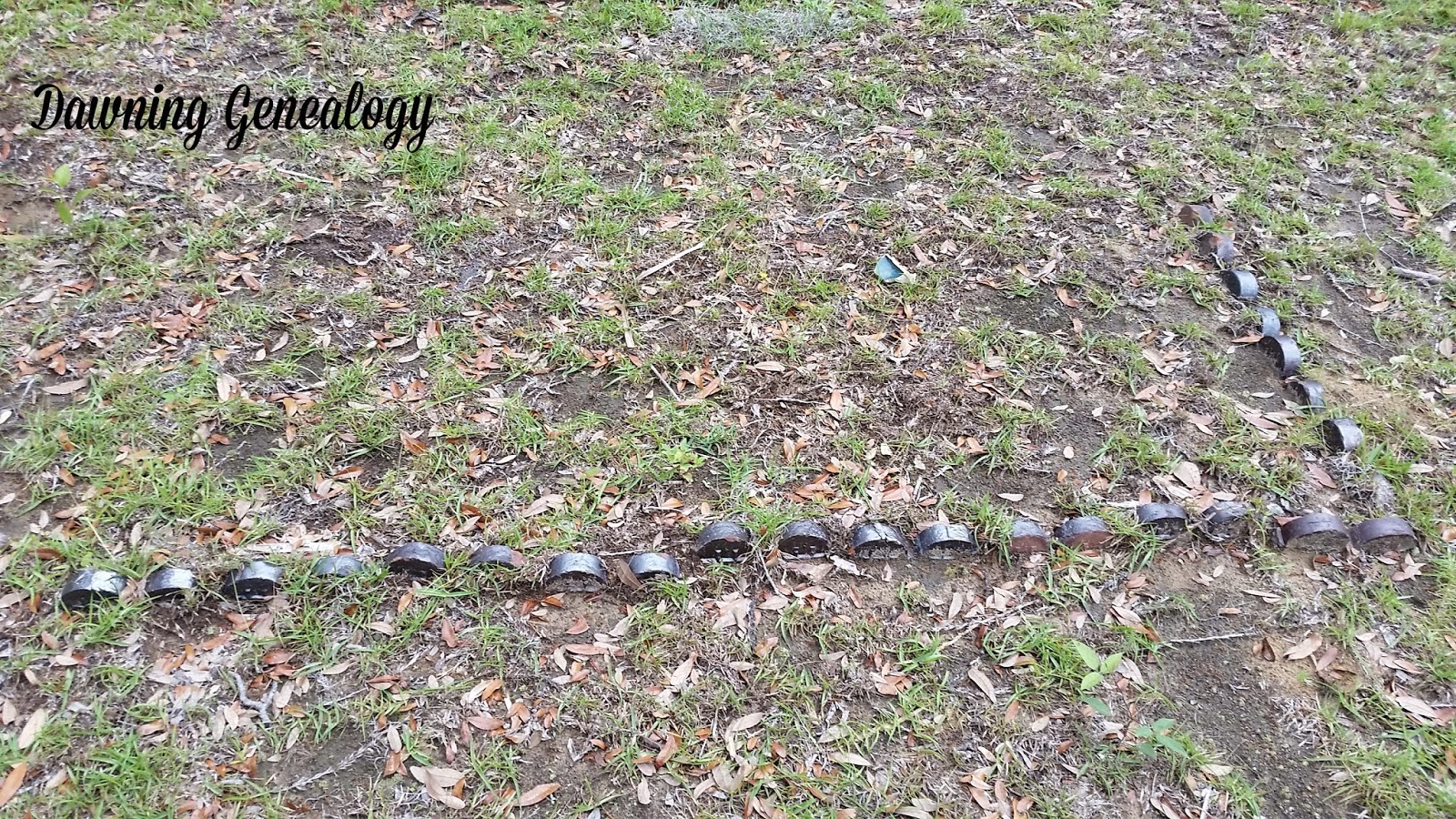 As you can see in the above picture it is clear there are other family members buried in this plot. There are no tombstones just small area which makes me wonder if some of Horace & Adele's children died in early adulthood. There are two children, Herbert T and Mary Rivers that were born in 1885 and 1888, respectively. They are both accounted for in the 1900 and the 1910 federal census records however, after that I lose track of them. I have scoured marriage and death records to no avail for them both.

It is a rather large plot and there is evidence that others were there as well. The only people I know for certain who is not buried there is Horace Rivers, Jr. and his wife, Marguerite Walker Rivers. I will be making another trip to Savannah to do more research at the cemetery in June. Hopefully I will find some more answers.