I cannot tell you how many times a day that I am asked to please spell my name! In case you haven't noticed my last name it is spelled K-O-G-U-T-K-I-E-W-I-C-Z, all the vowels but "A" and it is my married name. The next question I am asked is how do you pronounce that? One of my husband's cousins told me that when she would put reports together for her husband she would put the pronunciation next under or beside his name. If you were in area where there is a predominant Polish or Eastern European population you would pronounce our name as Ko-vay-ka-vitch however, here in the south it is pronounced Ko-gut-ke-witcz, two very different pronunciations. 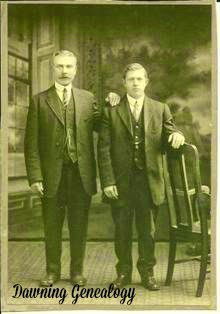 My husband's grandfather, Casimir Kogutkiewicz is on the left and his brother Martin is on the right. Photo Courtesy of Patricia R. Kogutkiewicz

My husband is a second generation Polish-American. His grandparents, Casmir Kogutkiewicz and Josephine Araszyn came to the United States in 1906 and 1912 respectively. They each settled in Milwaukee, Wisconsin and married circa 1914. They raised a family of seven sons and one daughter. I have very little information on Josephine and so far she is proving very difficult to get to know. I have been working with my husband's 2nd cousin since 2013 on the Kogutkiewicz line and we have made headway but there is still much that needs to be done for me to consider the search beyond "exhaustive". 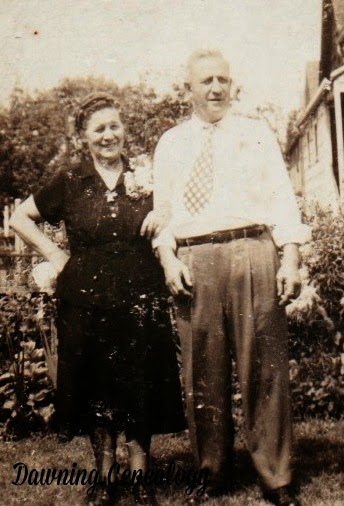 While serving in World War II in the European theater, "Hank" kept a small photo scrapbook where we found these pictures. From what my husband and I can tell of these photos it would appear that his Dad, spent time in France. We are not completely sure of how long he was stationed there or where else he might have been stationed at this time. We need to get a copy of military records. At some point, "Hank" was stationed in Greensboro, NC where he met his future bride, Ruth Orea Butler. "Hank" and Ruth would have been married 64 years this month. 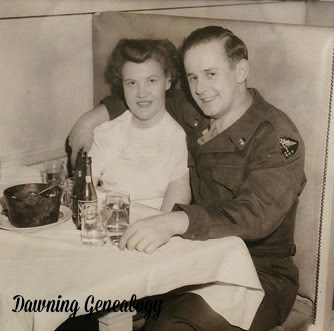 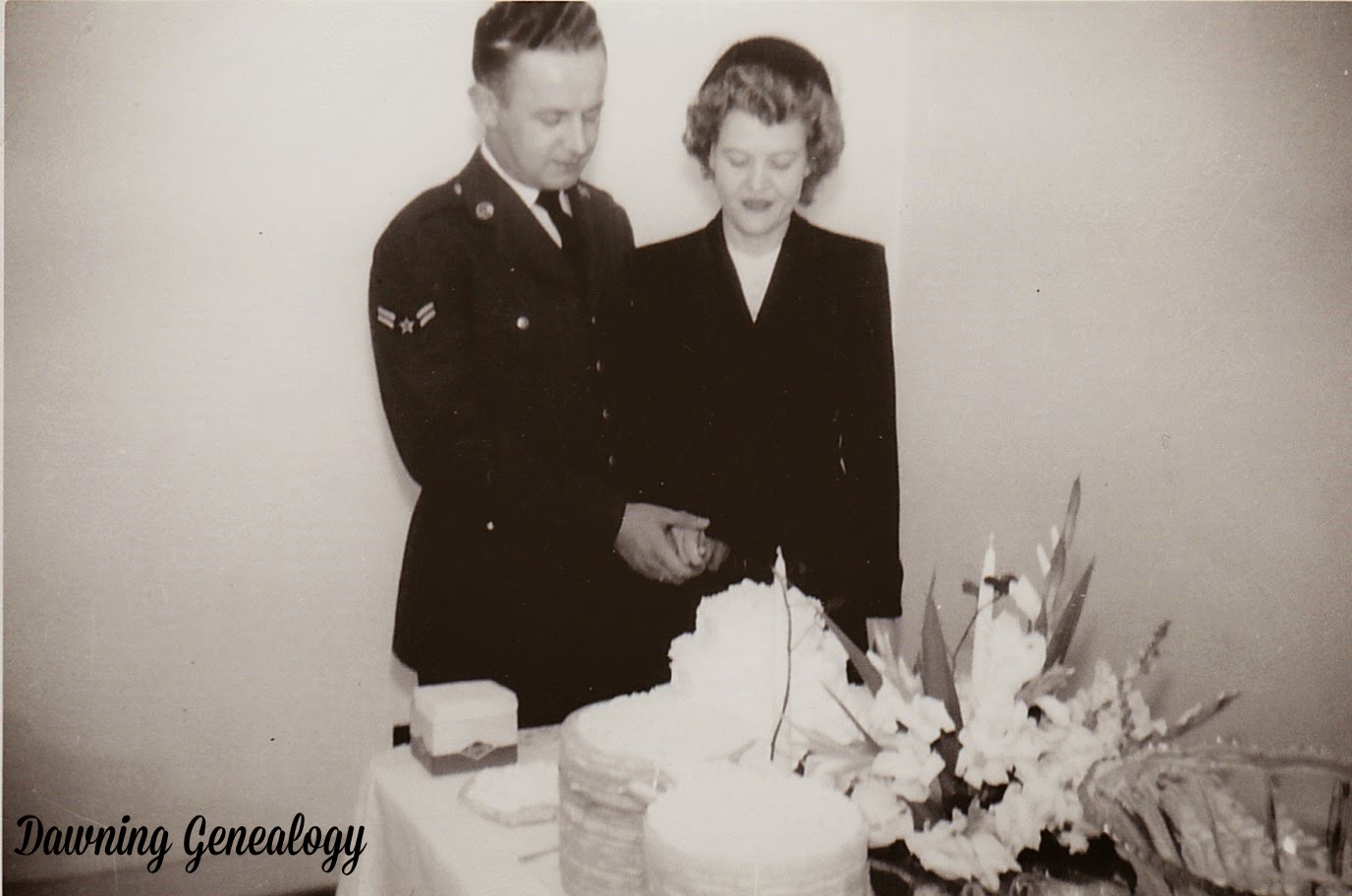 My husband's parent's on their wedding day, 7 April 1951 Greensboro, NC