What I am Seeing From Stat Counter After Just 1 Week

Last week I wrote a post about adding StatCounter to my blog so that I can better handle on the statistics for my blog, Dawning Genealogy. Within a day or too I saw the need to upgrade from the Free account offered based on the number of hits I was getting with the free account. The cost to upgrade was $9.00 per month. You can also change the plan at anytime once you see how things are going. Choosing this upgrade will allow up to 100,000 hits and keep track for 13 months. Now please know that I don't get anywhere near 100,000 hits! That being said, according to Blogger's stats I have had 38,830 page views of all time. Dawning Genealogy has been up and running for 559 days. Now if I divide 38,830 by 559, I have an average of 70 hits a day, per Blogger.

Note: That all of the numbers for StatCounter are for the period of December 29, 2015 to January 6, 2016, which was the day I did the screen captures. I am saving my comparison between StatCounter and Blogger for my one month post. However, the only comparison I will be making between the today are the pageviews by country. I find that Blogger's accuracy is way off especially in the amount of my Russian readership.

The picture above is from Wednesday morning, January 6th, 2016. The one thing I like about StatCounter is that it breaks down the numbers better than Blogger. For example, when you ask for a monthly view for Blogger is very misleading. I checked today and it says I have 6,074 views for last month. That simply isn't true. I don't know how or where that number comes from but I find StatCounter to be much more accurate.

This is what my statistics from StatCounter looked liked for the week of December 29, 2015 to January 6, 2016. I forgot to capture this picture when I took the others so I manually changed the dates so that I could show you what I am seeing in just a week. 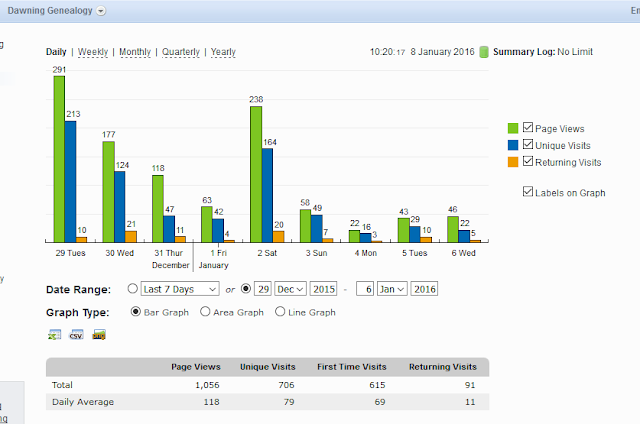 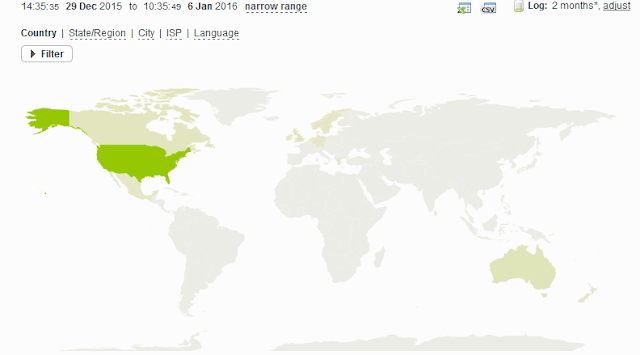 This is the map from StatCounter that shows me where my readers are by country. Below is the statistical breakdown of this map. As you can see 83.18% of my readers are from the United States. My biggest surprise is from Australia who is the second highest group of readers for my blog at 6.36%. Just behind Australia are Canada, United Kingdom and Sweden! 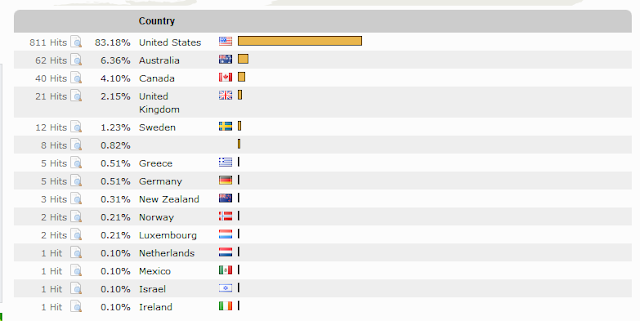 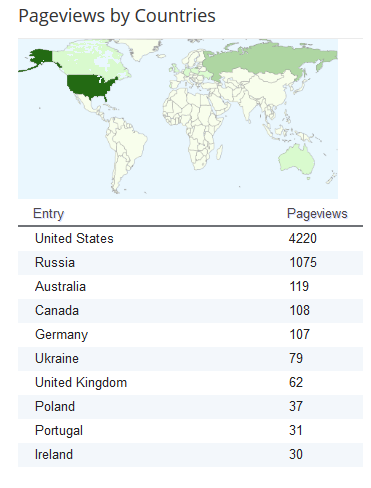 The picture above are my pageviews by countries provided by Blogger. Of course, once again most of my readers are from the United States. However, according to Blogger, Russia is second place with more than 1000 viewers. Why do they show that many readers in Russia but StatCounter does not?

As far as I can tell, they do not exclude any countries from their statistics however to be sure I have sent them an email asking this very question. StatCounter is based in Dublin, Ireland and their response may not arrive before I post this message however once I received their answer I will update my post. 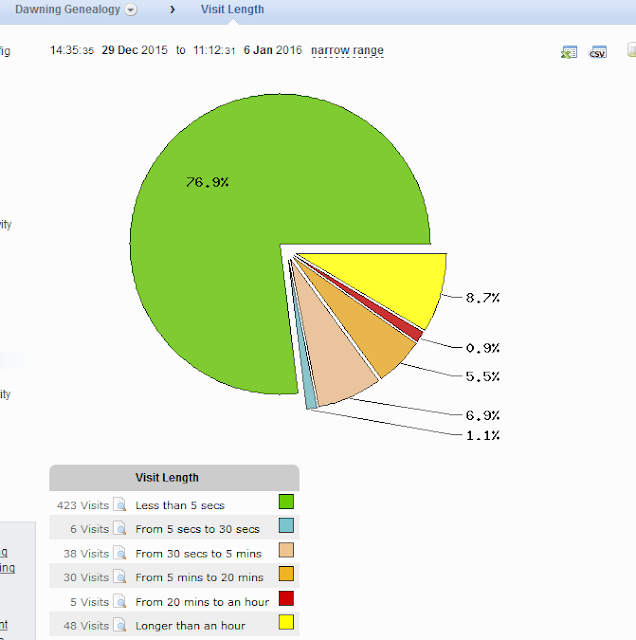 I really like the pie chart that StatCounter provides regarding Visit Length. This tells me that maybe I should consider changing up my posts. Perhaps some of my posts are too long if no one is staying 5 seconds or less or perhaps my posts are too short, for example my posts for Surname Saturday's or Family Photo Fridays are what they are looking at. One is a picture I create using photo editing software and the other is from my personal photo collection. Both include a short description of the who, when and where if it is known. It should be noted that Blogger does not show this type of figure in their statistics.

StatCounter uses browser statistics as does Blogger. Below are my stats from StatCounter. Now according to StatCounter they have the big ones such as Chrome, Firefox, Internet Explorer and Safari however, rather than listing specific mobile browsers they are all lumped together under the category of "mobile browsers". 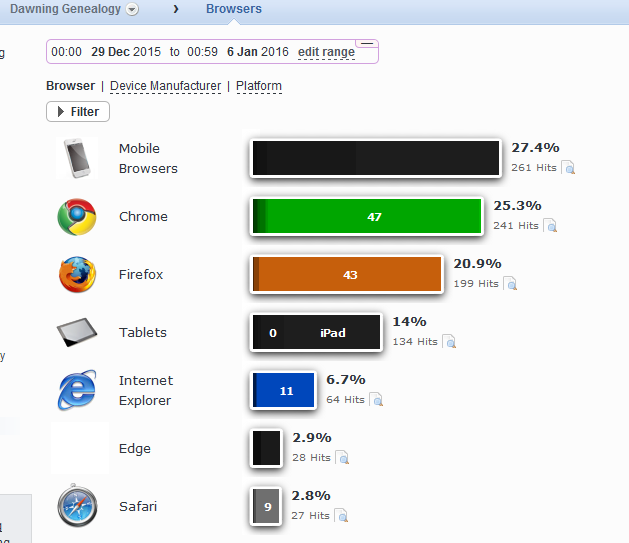 StatCounter also gives you stats by operating systems and I really like the breakdown that is given which is perhaps a little broader in terms of systems recognized. 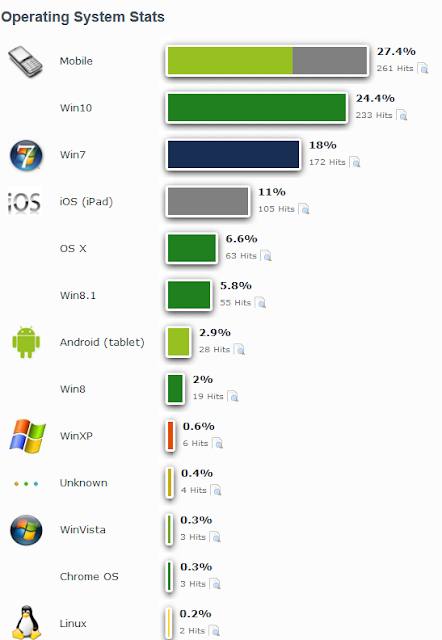 Finally I really like this particular StatCounter feature of the Browser Wars.  Obviously, Google is the big winner but since Blogger is a part of the Google umbrella this does not surprise me.