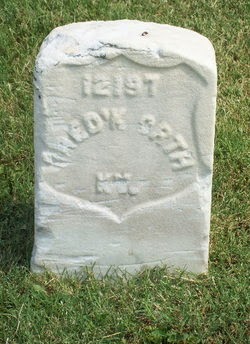 My 3rd great grandfather, Frederick Orth, immigrated to the United States in 1858 from Germany with his wife and two of his 4 children. The family resided in Louisville, Kentucky. He served in the 6th Kentucky Infantry Regiment, Company I. The 6th Infantry was formed late in 1861 and of the 10 companies formed, four of them were German immigrants who were residents of Kentucky and a few from Indiana.

My 3rd great grandfather, Pvt. Frederick Orth was wounded at the Battle of Missionary Ridge on 25 November 1863 and died from the wounds he received on 28 November 1863. He is buried at Chattanooga National Cemetery, Chattanooga, Tennessee.