As a family we really did not participate in any Christmas programs, that would come later after my family moved from Florida to North Carolina. I believe that this is most likely because while we lived in Florida my siblings and I went to Catholic school at St. Bartholomew's Catholic Church (more about that in a later post).

We would go to Christmas Eve Mass at  St. Bartholomew Catholic Church in Miramar, Florida. I remember the big Nativity scene that the Church would put up outside on the lawn. This Nativity, was huge to me! The manager was similar to what a manger should be with the walls, small windows and thatched like roof. All the people were done lifelike with so much detail to them. I remember the cradle would remain empty until Christmas day when the baby Jesus would then be placed in it. 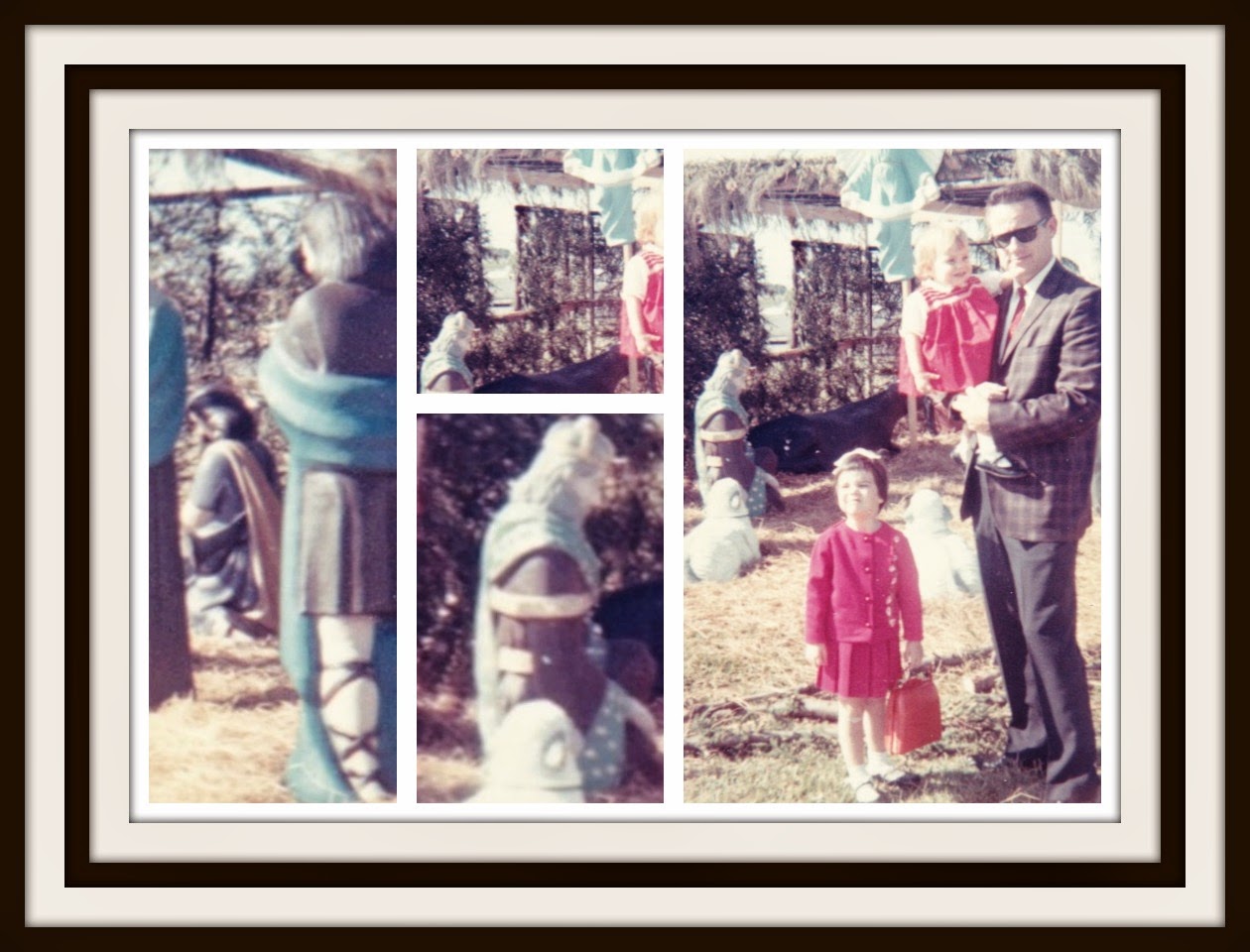 
In the far left picture is Joseph kneeling and behind him wrapped in blue is a shepherd. In the top middle is the back of the manger. In the bottom middle is one of the wise men. The far right is of me and my sister with our Dad. As you can see there is either an ox or cow against the far manger wall and the angel.

This is the one memory of Christmas at church that is foremost in my mind as little girl.

We belonged to Our Lady of Grace Catholic Church (OLG) once we moved to Greensboro, NC. My favorite Christmas memory of OLG is the Christmas music. I love listening to Christmas music at OLG. They have this magnicifent organ, known as The Jublilee Organ which was designed by Detlef Kleuker and has 2,226 pipes. It is called The Jubilee Organ because it was dedicated on the church's 25th anniversary. I remember when this organ was built, it seemed like it took forever to be installed! Below is a picture of this beautiful instrument. 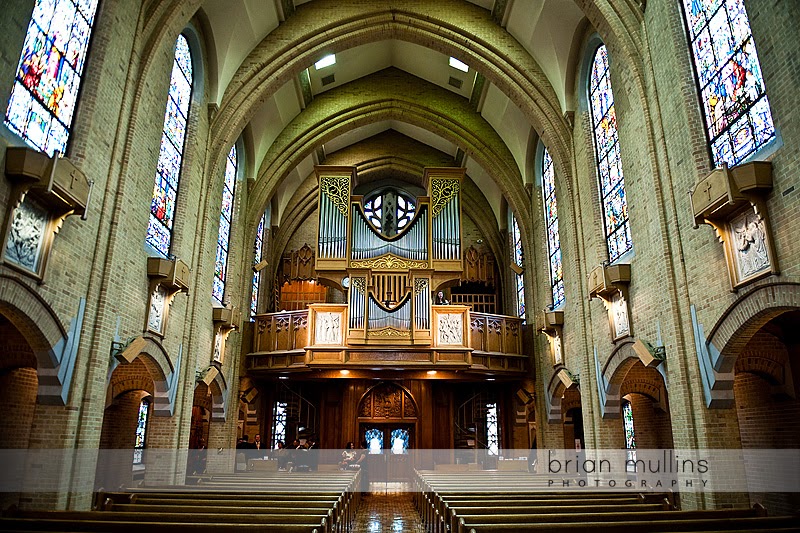 These are my favorite memories of Christmas at church.