Advent Calendar of Christmas Memories - The Genealogy of Jesus the Messiah

I had originally planned to talk about the Christmas nativity scene and what it means to me and to share photos of my beautiful Christmas nativity scene made by my Aunt Barbara. However, as I went to the New Testament looking at both Matthew and Luke for a scripture to post regarding the birth of Jesus, I discovered that in both the Matthew 1:1-17 and Luke 3:26-38 had passages with the genealogy of Jesus Christ. In reading both passages I discovered that Luke's passage also included a portion of Matthew's and I have decided to post Mathew's passage. I am using the New International Version (NIV) Bible because it is a more modern translation.

This is the genealogy of Jesus the Messiah the son of David, the son of Abraham:

3 Judah the father of Perez and Zerah, whose mother was Tamar,

6 and Jesse the father of King David.

David was the father of Solomon, whose mother had been Uriah's wife,

11 and Josiah the father of Jeconiah and his brothers at the time of the exile to Babylon.

16 and Jacob the father of Joseph, the husband of Mary, and Mary was the mother of Jesus who is called the Messiah.

From Matthew Chapter 1, Verses 1-17, The Genealogy of Jesus the Messiah. 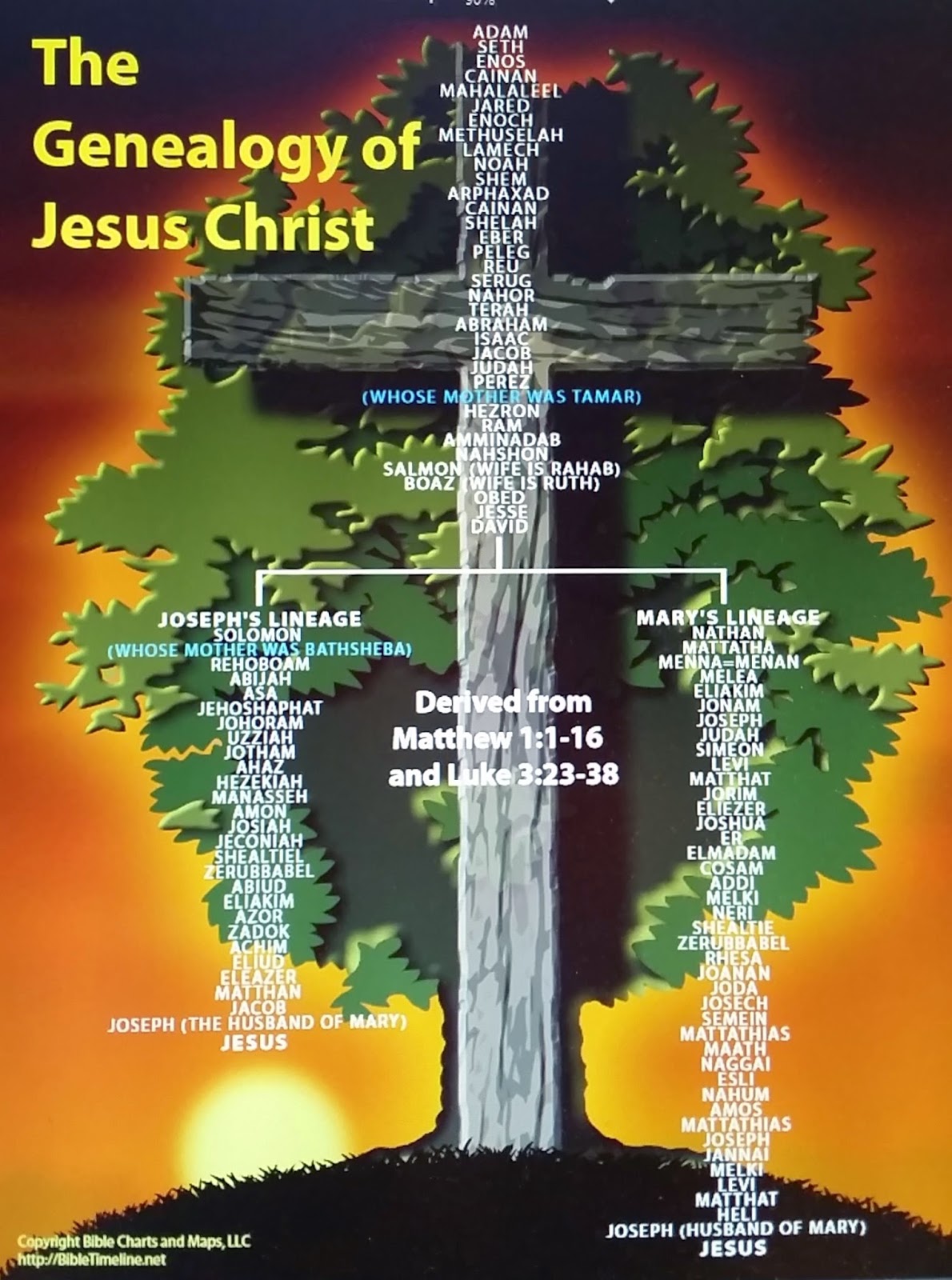