Tom Bergeron's Episode of WDYTYA? and How it helped me! 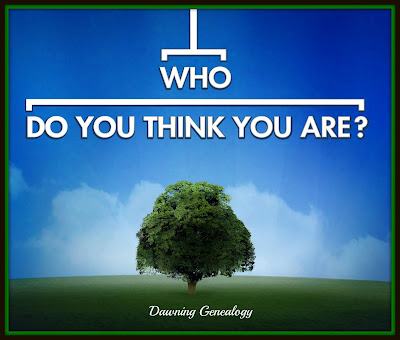 As I sat watching the WDYTYA episode (DVR'd too) with Tom Bergeron I listened very carefully as he learned the life of his grandmother, Marguerite Ardion who was born La Rochelle, France in 1636. No, my children are not related to Tom Bergeron or his family but there was information there that I needed to know and I knew that La Rochelle was important in my children's family history.

Why was Tom Bergeron's journey important to my research?

South Carolina was the final destination for many of the French Huguenot families who fled France. One such person was Benjamin Simons,one of my children's 8th paternal great-grandfathers, who was born in La Rochelle was born in 1672.

Thanks to Tom Bergeron's episode I now know where to go and/or who to write to find the crucial records of the early years of Benjamin's life. I would love to find birth records for Benjamin Simons in La Rochelle. Hopefully, there is still a record which could lead me to the answer of who are Benjamin's parents.

A Brief History of Benjamin Simons

Benjamin was orphaned at an early age and adopted by his aunt Martha DuPre and her husband, Huguenot minister Josias DuPre. From France they fled to Middleburg, Walcheren Islands, Province of Zeeland, Netherlands. From the Netherlands Benjamin and the DuPre's crossed overed to England and then by ship across the Atlantic Ocean to arrive in the Colony of South Carolina in the late 1690's.

There is much more to research on Benjamin Simons and his family. By all accounts he was a very affluent man, owning a great deal of land in the South Carolina low country.  Roughly 1545 acres at the time of his death in 1717. His home, Middleburg Plantation is the oldest wooden home in South Carolina having been built in 1697 and is now privately owned. His primary his crops were timber, turpentine, pine tar and cattle. He was also a slave owner and I hope one day to find out who they were so that names can be added to the Slave Name Roll Project.

I have not found his will and I expect that it may be long gone but all hope for the will is not lost because it is possible that the South Carolina Historical Society in Charleston may have a as well as the Huguenot Society. I am also sure that there many land records and for me to find among other documents on the life of Benjamin Simons.

Genealogy of the Simons Family of the Low Country of SC, Descendants of Benjamin Simons, 1st Generation (http://members.tripod.com/~the_huguenot/bsim.htm : 3 September 2015).